3D Print Your Own Glock Pistol The very first available 3D printed gun was a mere single shot .22LR, and it would cause a firestorm. The media outrage was palatable, and the creative minds started churning.

We've long predicted that the Generation 3 Glock would be the virtual open-source pistol, and hot damn– it certainly appears to be the case. Yesterday, free speech advocate and absolute gun nerd, @IvanTheTroll12 on Twitter released complete plans for a home printed Glock 17 receiver. But we suppose there should be an asterisk included because the rails themselves you'll [currently] have to form out of metal. However, Ivan has assured his Twitter crowd that it only requires simple hand tools, though as always a milling machine will make it cleaner and faster. He even gives a recommendation for a printer that costs under $200, that can also be used to print AR receivers, the Creality Ender 3.

The video for the release is pretty damn good too.

The notes from his ReadMe state the following:

This is the result of several months of experimentation in order to have a base Glock platform that the gun community can design around. This had been done before in .22lr and then I was contacted by FreeMenDontAsk via Twitter where he told me he had a method for making 9mm Glock pistols that worked well. Much of his original work was lost in a computer crash so we recreated his work.
The key to this project is the DIY-friendliness. Given the laws regulating the components of firearms, a Glock frame that is customizable is exactly what FOSSCAD needs.
The system relies on a DIY metal rail system which is added to a printed frame. This results in longevity of use, reliability and safety, all while keeping the costs and complexity to manufacture low.
The use of simple metal parts in combination with printed components holds a lot of potential for the future; FreeMenDontAsk is already working on other handgun models. Even outside of gun making, this could be useful for a wide array of printed projects.

Now, this write-up will be thorough so bear with us. This Readme is broken into four sections:
1. Tools and Parts List
2. The Rails
3. The Frame
4. Assembly
5. Troubleshooting

The difficultly level of this build varies with the user. We are good with tools and I’d say this build is not any harder than making an 80% lower for an AR-15. As time goes on the gun community with gain a better understanding for this design. 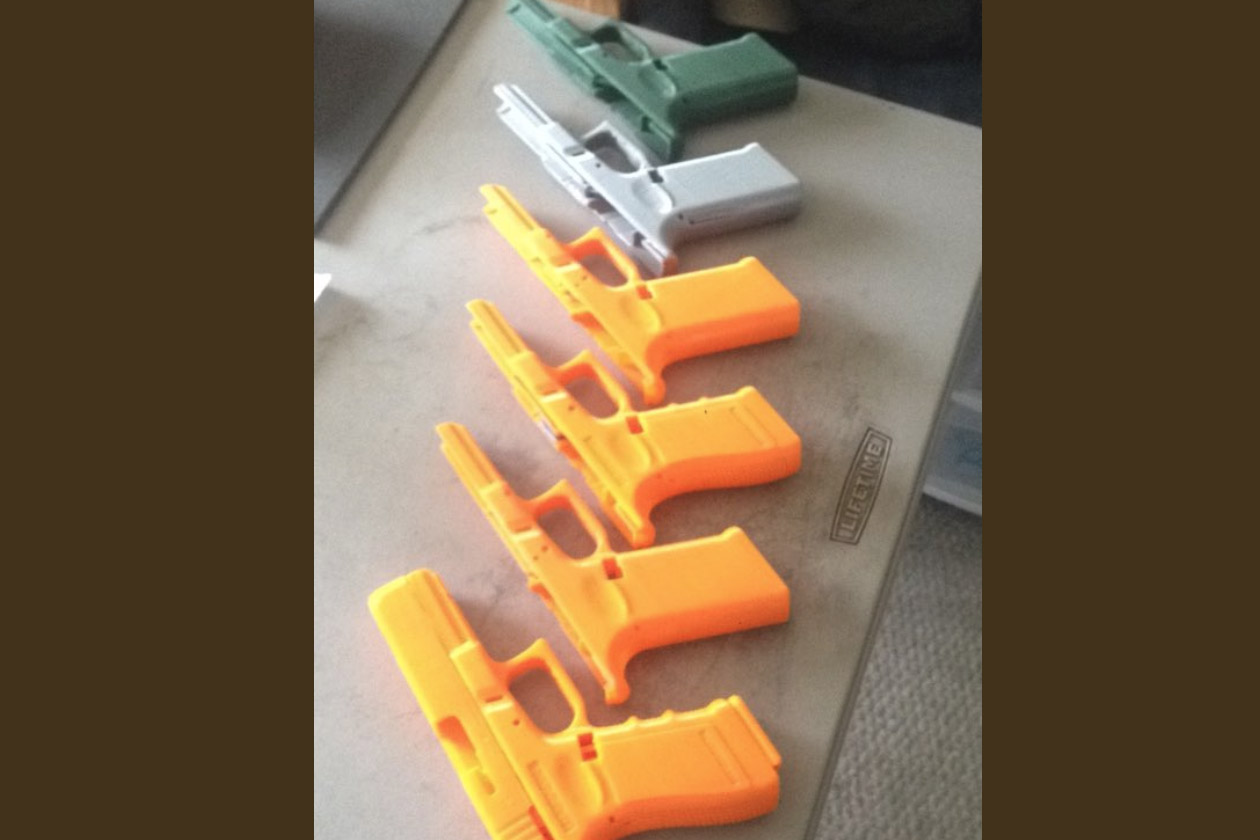 By design, the plans for this Glock receiver are all over the place. Currently, you can download a set yourself from Mega (unless you happen to be in New Zealand at the moment) here.

17 responses to “3D Print Your Own Glock Pistol”