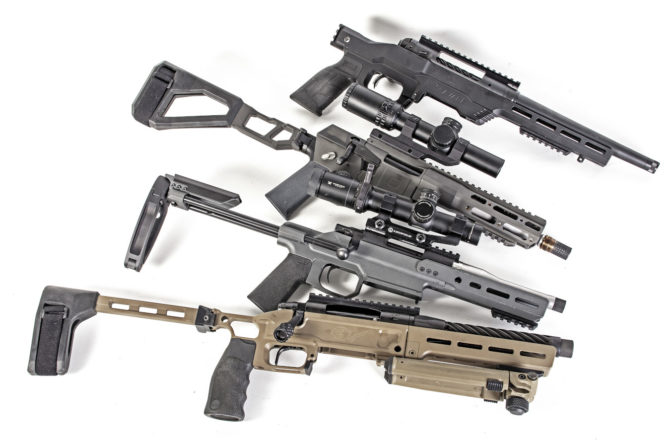 Do fun-sized candy bars taste better than the full-size versions? This has been a debate amongst candy scholars through the years.

The correct ratio of chocolate to filling varies depending on the size of the candy, but the truth is it depends more on the kind of candy itself. Some do better in smaller sizes, while others shine in the diabetes-filled king-size wrapper.

So why even bother with a smaller candy bar? More isn’t always better. Sometimes a smaller amount is just the right amount. Plus, the nostalgia of the middle-school lunchbox treat brings joy. As we grow up and start watching calories, we intend to consume smaller portions. But this usually ends with an empty bag and feelings of guilt and shame.

When you’re older, you realize the fun-size versions are simply a marketing ploy to sell more candy. Regardless, none of this changes our love of chocolate. There are many feelings packed into that little wrapper.

Is shooting still appetizing in a smaller size? Does overall length affect the ratio of awesomeness? Just like chocolate, it depends on the candy. For the transitory gun owner, candy is candy — any gun will satisfy the sweet tooth.

It can be hard to see the different purposes of guns, and this type of gun owner tends to put all firearms in the same bucket. For the seasoned shooter with a safe full of guns, each one has a concrete purpose and probably a cute name.

We all have a different origin story, but our love for firearms is there; otherwise you wouldn’t be reading this magazine.

The goal is to have a gun for every occasion, and eventually enough to coordinate with your outfits. There’s a category of firearm that can only be defined as “fun guns” — while they do have declared purposes, they’re rarely used as such. These “just because” guns are usually a gateway drug to more guns.

These toys are built for making loud noises, showing off, and all the other reasons we got into shooting in the first place. Fun guns include Desert Eagles, 50 BMGs, and now .300BLK bolt-action pistols.

Why a bolt-action 300BLK pistol? First, there are many reasons to have a compact gun that can reach out to extended ranges. They’re perfect as a lightweight backpack gun and for short-range hunting or sniping.

It would be perfect for states where hunting regulations are less restrictive for pistols. When laws are constrictive, the by-products aren’t always the best tool for the job, but the only option allowed. Just think of California’s bullet button or limited-capacity magazines.

300BLK has solidified its place in the gun world with a broad spectrum of usage. It propels heavy subsonic projectiles, lighter faster supersonic pills, and everything in between to cover any situation. The problem is the 300BLK has been bound to the AR-15 platform. With such a wide range of ammo, a semi-auto can have cycling issues.

This is where the bolt gun comes in to save the day, but there haven’t been many offerings in 300BLK. The versatility of the round coupled with its chops when suppressed makes it a perfect fit for the bolt-action pistol platform.

There have been bolt-action pistols in the past, but none have garnered much mainstream attention. The tide of technology swept the industry in different directions, causing AR-15s to become shorter and more versatile. This has left little space for any other platform to get noticed. It’s time we revisited the bolt-action pistol as a possible spark of color in a monochromatic landscape.

The Savage 110 PCS is the mainstream offering. As the name implies, it features Savage’s tried-and-true 110 action; this version has been blueprinted from the factory.

The 10.5-inch barrel is oddly the longest of the four guns, featuring a 1:8 twist that’s the slowest of the bunch. The Accutrigger is adjustable down to 2.5 pounds.

The PCS is a bit of an odd man out, as it features right-hand ejection with a left-handed action (the other test subjects are right ejection and right-hand action). This, coupled with Savage not offering a pistol brace, means the PCS is meant to be shot as a traditional pistol. It seems Savage intended this gun to be used mainly on the hunting trail.

We agree that the PCS is a great hunter, but we don’t like to limit ourselves with labels. We need a pistol brace.

The JTAC Industries Elf Owl starts out life with a Howa mini action. This is a proprietary action made for shorter centerfire rifle calibers like .223, 7.62x39mm, and 300BLK.

The Howa action is perfectly mated with JTAC’s Elf Owl chassis and becomes more of a custom gun than a production offering. The test gun featured a Gear Head Works Tailhook brace on JTAC’s telescoping brace configuration, making it the only gun with a telescoping option among the other side folders.

The custom cheek piece makes for a nice, tucked-in, compact design when stowed. In this lineup, the JTAC would be considered middle of the road, but the Elf Owl is exactly what a fun gun should be.

It’s portable, modular, and affordable. The Elf Owl is the winner of the best bang for your buck category.

The Pork Sword is basically a full custom precision gun shrunk into a pistol size.

The Q Mini Fix isn’t a conventional bolt-action platform. Q has designed something new from the bottom up. Whereas the other guns are pistol chassis versions of traditional bolt guns, the Mini Fix stands on its own as a unique setup made specifically for this purpose. It features a 45-degree short throw bolt-action, theoretically making it faster to cycle.

The Q-sert handguard touts almost unbelievable strength, supporting up to 900 pounds at attachment points, but goes against the grain from standard M-LOK systems. This makes adding more “rail estate” a proprietary affair. The Mini Fix is the only gun here to use AR-15 magazines and the only gun in this roundup to feature a tapered shoulder on the barrel.

This gives a greater mating surface for mounting muzzle devices but limits your options. The Mini Fix isn’t a custom gun that you can personalize with different lengths and accessories from the factory.

This is the way Q designed it; this is exactly what you’ll to get, and we’re good with that.

The blast from rifle calibers with less than a foot of barrel isn’t pleasant. There’ve been sightings of bolt-action pistol shooters wearing full-face motorcycle helmets during competitions. Take a moment to let that image sink in.

This would have garnered some odd looks at the local range, so we opted for a suppressor instead.

For consistency, all guns were tested with the same can.

Five-shot groups at 100 yards are pretty standard when testing accuracy for rifles, but these are pistols. Bolt-action rifles are designed to put the shooter in the best position to make accurate shots on target. Everything is a give and take, and when you add the ability to fit in a backpack, you have to subtract somewhere else.

The limited real estate of a pistol makes 100 yards more of a challenge. There are no buttstocks, and there’s more rail space on a Desert Eagle. We decided that bench shooting was a better choice than prone because of the difficulty of creating a stable position for each individual pistol.

Alas, we powered through it and made the best out of the situation with as many rear bags, blocks, bipods, and stabilizing techniques as we could fit on each gun. It was tougher than anticipated with such short guns.

Ammo Inc 110-grain, SIG Sauer 125-grain, American Eagle 150-grain, and finally Remington 220-grain subsonic were all used to poke the holes. Ballistically speaking, there are so many ways for 300BLK to excel.

The versatility of this setup is vast, especially when assured of no cycling issues. This coupled with being a great suppressor host is reason enough to add a bolt-action pistol to your collection.

The 110- and 125-grain ammunition were the most accurate across the board; subsonic ammo is more about the quietness than shrinking groups, and the 150-grain is more of a plinking round as it consistently netted the biggest groups.

The wide range of weights and velocities made it challenging to track points of impact. The difference between the super-fast 110-grain and the subsonic 220-grain was measured in feet, not inches. So be aware of the point of impact shift with whatever ammo is being used.

The Savage is the most reasonably priced gun in the test and surprisingly netted the best groups. It goes to show that the measure of a gun’s worth isn’t always determined by the price tag or the group size, for that matter.

The Savage shot the tightest group with the 110-grain ammo at an impressive 0.724 inch. While it detracted in the overall length department, the added barrel length definitely made a difference in accuracy.

The only other gun to go sub-MOA was the Elf Owl with SIG 125-grain at 0.966 inch. The others came very close. The Q netted a 1.126-inch group, and the Pork Sword did a 1.18 with SIG ammo. It was difficult to get extreme accuracy, but sub-MOA groups are doable with enough ammo and patience.

EACH GUN HAS NUANCES

The Q is mostly a proprietary feat of engineering that started from the ground up. The Pork Sword is a shrunken version of a custom precision rifle and is easily accessorized. The Savage is pointed more toward hunting than the others. The Elf Owl is a compact package that’s at home with whatever you want to do with a 300BLK bolt-action pistol.

Any firearm has the ability to fire a projectile, but some are much more than that. We often label things instead of just accepting them for what they are and the joy they can bring.

Chocolate isn’t necessary for sustenance, but the feeling of happiness when taking that first bite brings a smile to your face. Forget about all the sugar and calories — just enjoy the moment. This smile is a big part of the recreational shooting experience (though not so much in a defensive situation).

Lose yourself in the moment. That’s what these guns are for … mostly.