Bullet Points – 5 Must Have Upgrades for a Fighting Shotgun While we may be living in the age of the black rifle and the pistol caliber carbine for home defense, do not overlook the use of the shotgun as a potential long gun for defense of self, hearth, and home. Often relegated as a firearm for hunting birds, the shotgun proved itself in combat as early as the Civil War and as recently as last week's conflict in the Middle East.

We hate Just rack the slide and the bad guys will surrender myth almost as much as the ill advice of our soon to be former Veep about shooting people through the door (or firing warning shots up in the air). With these five upgrades, your old scattergun can be brought up to speed as an improved (primarily short-range) defensive weapon. For this reason, the Remington 870 and Mossberg 500 have a nearly permanent place in the lineup of tactical shotguns.

Bullet Points – 5 Must Have Upgrades for a Fighting Shotgun

There is one accessory that should be on every long gun; that includes both rifles and shotties.

Before you add a silencer or suppressor and even before the treasured weapon light, you need to add a sling. 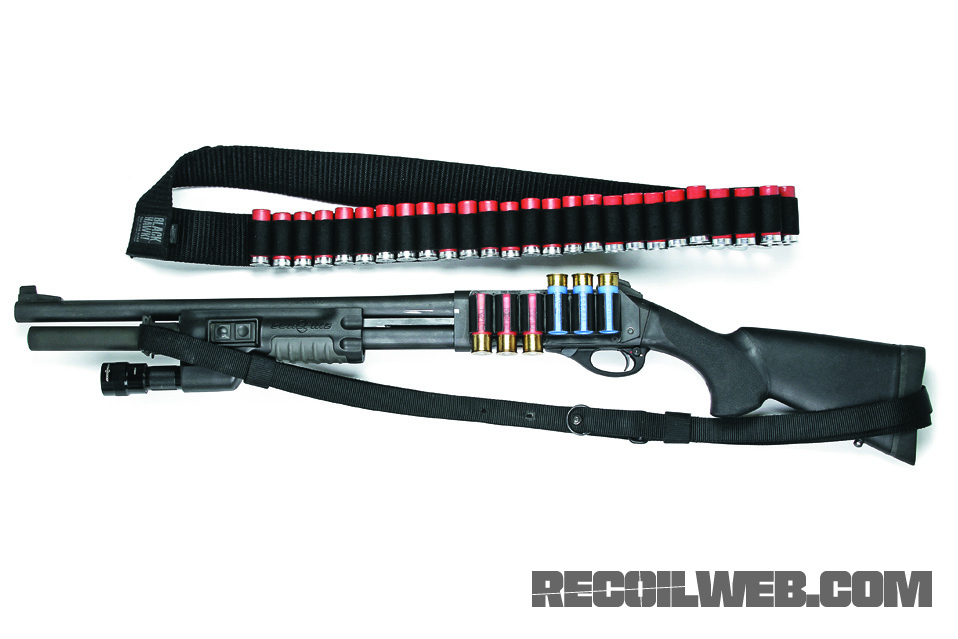 Sometimes you will need your hands free for some labor or task, and you never want to lay a fighting weapon on the deck or against a tree or wall unattended. Even if you are a hunter and just use your scattergun for taking birds, a sling lets you make the gun more portable. Unless your shotgun is a dedicated hunting gun, it needs a light. You might not be clearing trenches or storming the beaches of Normandy with it, but when you need to investigate a suspicious noise in the middle of the night and grab up that shottie, you're going to want to light up the area before you light up the target.

We are partial to Surefire's dedicated weapon light series, except for the version intended for the Mossberg 590A1 that involves grinding off the bayonet lug. Yes, a weapon light is infinitely more important than a bayonet, but the Marine in us (and opponent of anything ever suggested by a liberal to make firearms safer) will not let us circumcise our 590A1. We found an alternative with Insight's light.

If plunking down a few hundred for a dedicated weapon light does not appeal to you, Magpul's forends allow you to add lights via an after-market rail segment. There are other options if you are on a budget. Pistol grip shotguns may look cool and can be a lot of fun, but a serious fighting shotgun needs a stock. Because the recoil is different than that of a rifle, this is one area where you may want to pay a little bit more attention. Buttstocks that incorporate a pistol grip work well for some shooters, particularly if you cut your teeth on ARs and AKs. However, most shooters who grew up on traditional rifles and shotguns don't typically care for them. 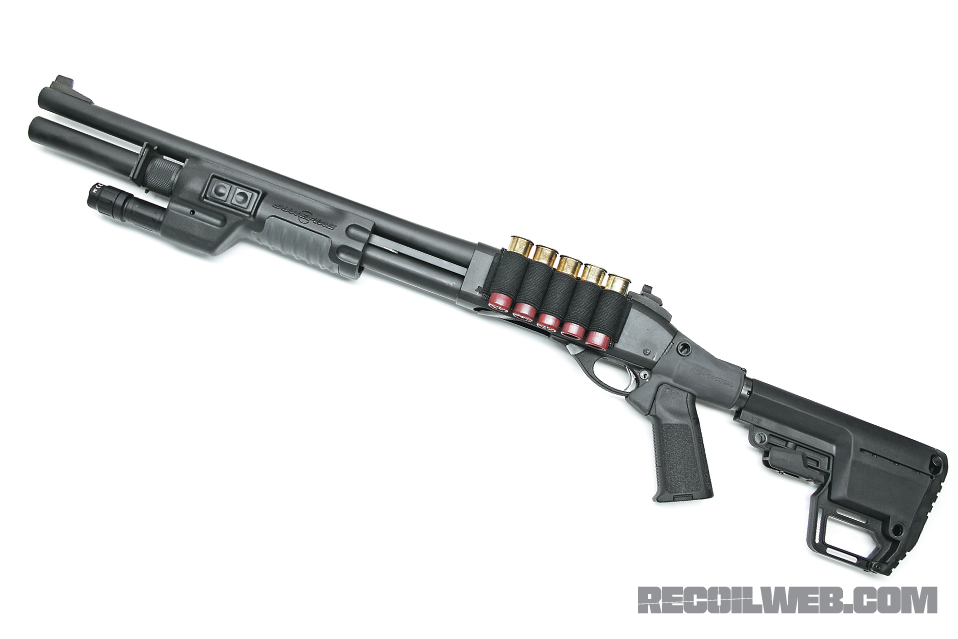 You do not need a trip to a “fitter” in Italy unless you are going for a 5 or 6 figure custom double gun, either. Feel for a comfortable and natural length of pull and make sure you can achieve a natural cheek weld that allows you to see the sights.

Magpul makes stocks for the Remington 870 and Mossberg 500/590 series that allow you to make these adjustments yourself. There are more to shotgun chokes than “Improved”, “Full”, “Modified”, “Turkey” and “Skeet” these days. More importantly, they let you attach a suppressor like the Silencerco Salvo.

The wisdom of using fine choke threads not meant to handle a great deal of weight may be the undoing of a product like the Salvo, but choke tubes really do add versatility to your shotgun. We find it disappointing in this day and age that certain major manufacturers are not shipping them from the factory with that option.

One of the biggest misconceptions about the shotgun is that you don'tt need to aim.

It may be true at bad breath distance but if you were to ask a champion shotgunner if he bothered to use his sights, you'd be laughed at. The brass bead may be fine for bird shooting when you are making the pellets collide with a flock, but for a fighting shotgun, you want rifle sights or even a red dot sight. As you can see from the photos, there are plenty of options as far as sights, stocks, slings and lights. While we have our preferences, not everyone is the same. Find out what works best for you and your shotgun and set it up properly.