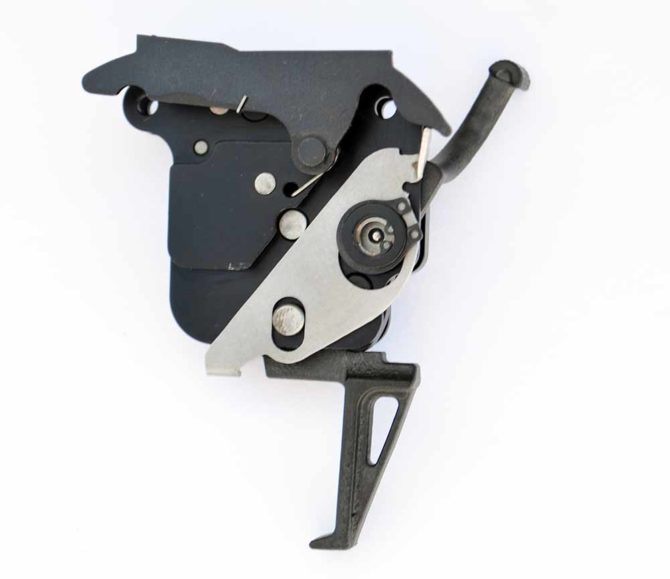 Known for their line of drop-in AR-15 triggers, CMC Triggers decided to take on the popular Remington 700 platform. The result was the company's Remington 700 Adjustable Ultra Precision Trigger.

At a press event hosted by Blue August Media a few months ago, I was given a new Remington 700 trigger by CMC Triggers to test out. I pulled one of my Remingtons out of the safe, a 700 AAC-SD, to try out the new trigger. A while back I had swapped the factory Hogue stock for a McMillan MC3 and it mostly serves as a host rifle for silencer testing. I undid the floor plate screws, removed the action from the stock and removed the factory trigger, which was not bad, to begin with, but I had high hopes for the CMC version.

Changing triggers on a Remington 700 is not that difficult. It's only a matter of driving out two pins. You do not want to push them all the way through, just so that the edge of the pin is even with the inside edge of the receiver. Use a little Lucas Oil to help the process along, remove the old trigger, set the new one and repeat in reverse, but go slowly. You don't have the miscellaneous parts on the OEM that can get jostled and lost, but you don't want to flare a pin or break something.

Once installed on the action, I performed a few checks to ensure the trigger worked and more importantly that the safety worked. 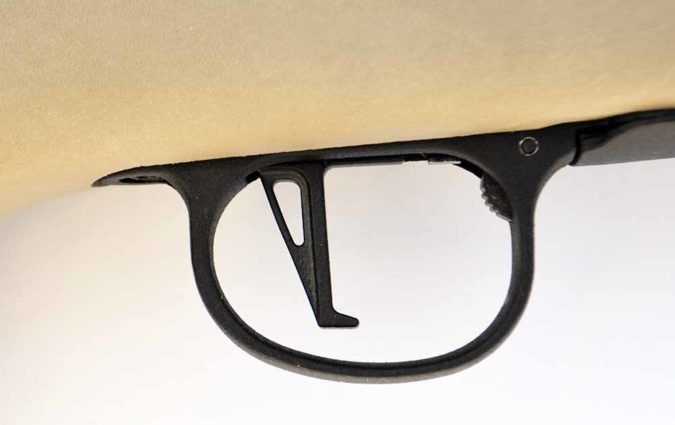 Apparently, you can get this trigger with either a CMC Signature Flat or Remington OEM Style curved trigger bow; mine was the flat version. I thought I would notice a difference like I do on an AR with a flattie, but I did not.

One thing CMC addressed was the dreaded safety issue found on some of the Remington 700s.

The original triggers on the Model 700, Model 7, XP-100 pistol and several other rifles did not allow for opening the bolt with the safety on. To open the bolt you had to take the rifle off safe. The problem was that certain rifles would fire by disengaging the safety.

This issue had to do with the sear spring that was too short in the fire control group in rifles made between 1946 and 2006 (prior to 1962 this would have been the Models 721, 722 and Model 30) it's about 1/2-inch in length and less than 1/8-inch in diameter. A dirty rifle, one that had the trigger improperly adjusted or one that was abused or neglected tended to have this issue. It was not exclusive to Remington, as I have witnessed it occurring on two sporterized Mausers on two different occasions. I think that both of those had to do with people shortening springs that should have been left alone.

Unfortunately for Remington, the problem was reported by some shooters who did have clean rifles that were well maintained and all original. They received over 2,000 complaints which might sound high, but consider this was out of 8 million rifles. That's about 1/4 of 1%.

The replacement trigger to address this issue was called the X-Mark Pro (XMP) and was found on rifles made between 2007-2014. However, some of these rifles exhibited the same problem. I've heard alternating stories between improper heat treating on some parts or a contaminated internal lube or adhesive as the culprit. Remington eventually settled a class-action lawsuit and replaced triggers for customers within an 18 month period. Some rifles were actually recalled with the XMP trigger. Chances are that most shooters will never see this problem. I certainly never have, but who is to say it won't happen 5 years from now.

CMC addressed every weak point found in the OEM trigger's safety. The company refers to this as the Over Center Dynamic Locking System (O.C.D. Locking System) and it is manufactured to a 0.001-inch tolerance.

They simplified the complexity of the stock fire control group and coated each component with a proprietary blend of advanced PVD and Hexagonal boron nitride. This will protect it from the elements and reduce friction.

This new safety on the CMC trigger pack is made of a single internal precision S7 Tool steel investment cast component and it renders every other component of the trigger group completely immobile when engaged.

It's hard to see in the actual pictures of the trigger but my good friend and fellow gun writer, Jeremy Mallette of International Sportsman rendered the following cross-section diagram to illustrate: Note how the safety blocks any movement of the sear and the trigger while it is engaged.

By simplifying the safety, there is no change in the position of the actual safety when adjusting for overtravel, pull weight, etc. If you missed out on the recall or picked up an older Model 700 and you are not sure of its history, this might be a good trigger for your upgrade and peace of mind.

I did notice that engaging and disengaging the safety was a bit stiffer than the factory one, but I seem to be getting used to it the more I shoot it.

This product was first announced about a year ago, but CMC wanted to ensure it was perfect before its release.

Back to the Trigger

I was probably against the straight AR trigger that CMC made for so long because I prefer the comfortable muscle memory of a curved trigger on my AR. Having shot ARs, M16s, and M4s for 33 years; my trigger finger placement is second nature to me. However, this trigger has a positive indexing point at the tip, so for now, I am not seeing it as a deal-breaker.

The single-stage trigger came pre-set with a pull weight of about 2.5 pounds, but the shooter can adjust that easily and without having to remove the action from the stock. It is constructed from a combination of aerospace alloys and tool-steel investment castings that have been CNC-machined to precise tolerances. I set the pull to 2 lbs. and after making sure with my RCBS Gauge, off to the range, I went.

I detected no creep whatsoever in this trigger. The takeup is extremely short, but that is how I like it on a rifle like this. The break is crisp and nice. I thought about going lower on the pull weight, but I don't exactly want a bolt gun that fires when you just think about pulling the trigger.

My first thought on this trigger was, of course, the precision rifle shooter. However, this trigger would be well-suited for tactical or hunting use, too. Especially if you are running an old Model 700 with a factory bang switch installed and have a concern about the OEM safety. This integrated, self-contained trigger assembly has no loose components, whatsoever.

It's rare that I am so thoroughly impressed with any rifle trigger, in particular, to declare it the standard on all my rifles moving forward. The CMC Remington 700 has won me over in the past two months. From the beautiful performance of the trigger to the robust and well-thought-out safety, this one is a winner.