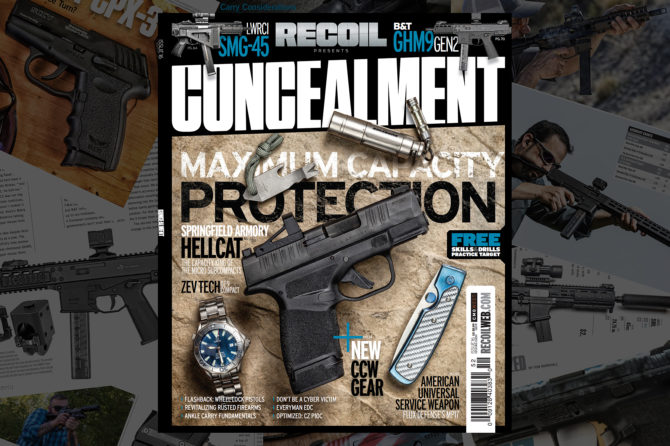 A waitress overheard a conversation between two patrons at a Massachusetts diner. According to the Martha’s Vineyard Times, her report of the conversation to police led to one of the men, an 84-year-old crossing guard and Korean War Veteran, being relieved of his position and having his firearms confiscated. No investigation, no trial, no due process — just one person’s report set a small New England police agency into action. Never mind that the man, Stephen Nichols, was reinstated within days thanks to the absurdity of the situation and the public outcry backing the longtime crossing guard.

A small-town police force ran roughshod over a citizen’s rights on the basis of innuendo. Nichols told the newspaper he was overheard criticizing the local PD’s school resource officer for taking breaks at inappropriate times and worried someone could come along and “shoot up the school” in his absence. All it took was for a person to report hearing part of this conversation, and Nichols lost his position, his carry permit, his guns, and his rights. If Nichols wasn’t a beloved member of his community and the beneficiary of an outpouring of public support, would he have gotten his job back? His carry permit? His firearms? Tough to say for sure, but I’m guessing Nichols is extremely lucky he’s not in prison for making terroristic threats in a time when tensions between gun owners and gun grabbers are at a high. These tensions have led to the creation and expansion of ill-considered red flag laws around the country. Criminals shouldn’t have guns, but let’s make sure we’re taking the guns away from the right people under the due process of law before we take the means of self-defense away from law abiding citizens for nothing more than a misinterpreted conversation over coffee.

In this issue of CONCEALMENT, we take a look at the new capacity leader in the pint-size pistol market, Springfield Armory’s Hellcat. We also take deep dives into three pistol-caliber carbines that provide all the ammunition a self-defender might need, along with the benefits that come with a more substantial firearm regardless of how the government suggests it should be held.

We’re also introducing a few new departments. Optimized takes a look at the aftermarket parts available for a particular firearm and instead of just listing options, our writers upgrade the whole gun and run it in order to gain and share with you how the sum of the parts operate together.

Redemption might be my favorite new department. It’s a space we dedicate to giving guns a second chance after a middling performance in one of our reviews. It’s our way of holding a company accountable for a product’s performance, while giving them a chance to redeem their efforts.

We’re also excited about our new partnership with the Cody Firearms Museum to bring you a bit of self-defense firearms history in our new Flashback department.

Lastly, this is the second issue we’ve put out since adding the option to subscribe for home delivery. To take advantage, go to recoilweb.com and hit the SUBSCRIBE drop-down up top.

Thanks, and stay safe!
– Rob Curtis