Home » News » censorship » 2A Clothing Companies are Being Censored

2A Clothing Companies are Being Censored We've been talking about censorship for some time, and while often the situation may look something like a tech company playing word-games by shutting down pages that could be borderline intentionally misunderstood as selling firearms, in this latest case they've targeted not a firearms manufacturer, but someone who sells clothing. Arrowhead Tactical Apparel is, by all means, American Entrepreneurship. Identifying the danger and discomfort that comes with trying to conceal a self-defense firearm when traveling to and from the gym, they brought their product to life, and to the market, largely through what is now ubiquitous in our lives: social media. Just recently, however, their proverbial legs were cut out from beneath them, and not by old-fashioned competition, but by something more haunting: censorship. 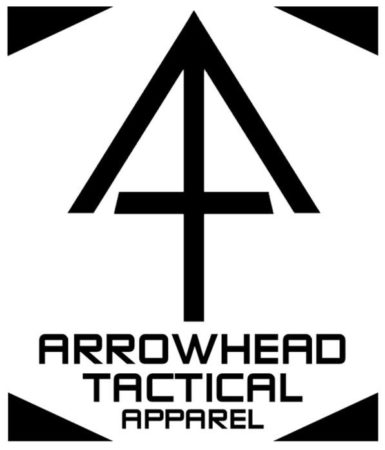 Midday October 20th, Alexander Spanopoulos discovered that he could not log into their company's customer-facing Instagram page. Digging further, it turned out that the page had been disabled, and he immediately began going through the systemic method of appeals, only to be informed that it would be “available for review in 24 hours.”

Hours later, the received a message through Facebook that their Ad Manager was disabled as well, blocking them from reaching interested customers on social media. Not ending there, in a mere hour, their whole Facebook page had been suspended, completely cutting them off from their followers.

For a week inventory began to pile up, along with its costs with no contact from either platform, and no sign of their suspension lifting. If they logged into their ad manager, they would only be greeted with the dystopian vague-ness of a screen once again informing them that they had been “suspected of violating Facebook policy.” That suspicion hanging like Dionysius' blade, on October 29th, a change took place. Their access to Ad Manager and Business Manager had been restored, but this wasn't even a symbolic victory. Though these applications were accessible, they continue to be useless without the Facebook and Instagram pages to which they are connected. Effectively, they can make ads directing us to their pages, but once there, users are greeted with emptiness.

Here's the problem, though. Such actions by the platforms would be expected, albeit dubiously, if what they sold could loosely be interpreted as a firearm or part. Arrowhead Tactical Apparel, however, sells clothing. True, their product like does look like it would appeal more to firearms owners than not, yet that is where it appears so nefarious. When guidelines are open to interpretation, it doesn't take much to see this circumstance and as what looks awfully like profiling.

The product that Arrowhead Tactical Apparel delivers, itself, solves a problem native to our modern world of urban living. A sturdy belt will support a holstered handgun, but the elastic waistband part and parcel to gym clothes? Not so much. Arrowhead Tactical Apparel's Joggers and Gym shorts have a hidden semi-rigid belt that can remains hidden, while allowing for the standard fare of IWB belt clips to securely contain the holster for a consistent draw. This move by Facebook and Instagram marks an increase in the censorship we all are facing. At this point, it looks like not even clothing companies are safe. However, this should not be a reason to give up hope, for just as we all innovate to overcome the challenges we face, Arrowhead Tactical Apparel shows no sign of giving up.

For a direct line to Arrowhead Tactical Apparel, visit their website at www.arrowheadtacticalapparel.com. Let them know that we sent you.

13 responses to “2A Clothing Companies are Being Censored”