Expert Advice: Should You Carry a Weapon Mounted Light? Two predictable changes occurred in the weapon-mounted light market in the last decade or so. First, they’ve gotten smaller. Second, bigger lights have gotten absurdly powerful. A modern full-size weapon-mounted light is capable of packing 1,000 lumens and over 10,000 candela. Beams wide and powerful enough to fill a room with light, or to act as a searchlight outdoors, are now common.

While a light on a long-gun remains an undisputed must-have, the conversation regarding lights on concealed-carry guns is still something that’s evolving. The best way to explore the idea between weapon-mounted lights and concealed-carry weapons is to consult the experts. These experts include firearms trainers, prior service warfighters, police officers, and top-level competitors. Caleb Giddings: Caleb is a professional competition shooter, Air Force Combat Arms instructor, and runs Gun Nuts Media. His perfect date is April 25, because it’s not too hot, not too cold; all you need is a light jacket.

Chuck Haggard of Agile Training: & Consulting Chuck has been a police officer for the past 33 years, 17 in SWAT. He’s served as National Trainer for the National Law Enforcement Training Center. He’s also an adjunct instructor for Strategos International, specializing in low-light tactics and active shooter response training, and is the owner of Agile Training and Consulting.

THE WHY OF A WML

The most commonly cited reason for a WML on any weapon is for positive identification (PID). PID means ensuring you recognize and have determined, without doubt, what and where a threat is. Without PID, pulling the trigger could result in a miss at best and, at worst, shooting an innocent person. Too often, we read about someone who shot a relative because they misidentified them as a home invader.

A weapon light gives the ability to establish PID regardless of the situation and negates the need for a separate, handheld light. This also opens your ability to operate both the weapon and the light with a single hand should your off-hand be out of action. 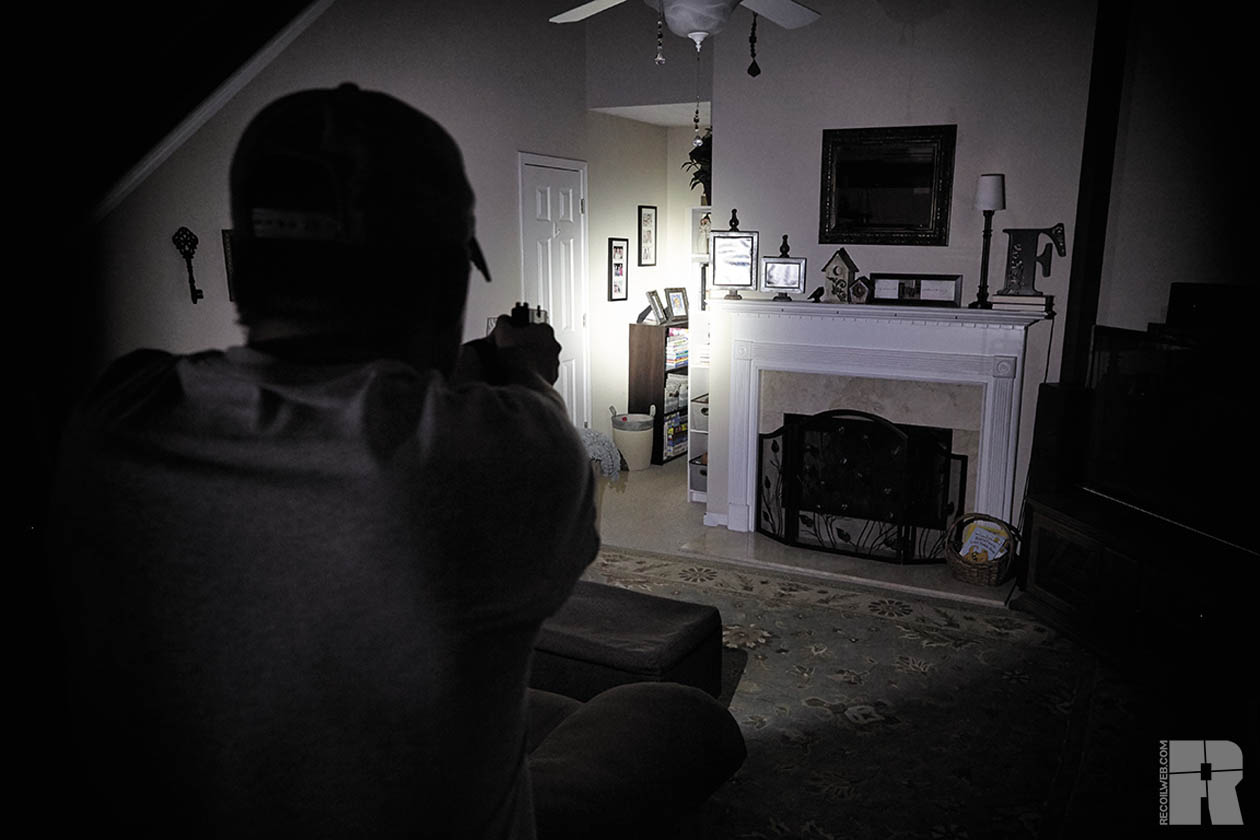 Giddings: We can’t always control when we’ll get in a self-defense shooting, so having the ability to create illumination is an advantage that makes up for the size and weight penalty.

Cowan: A WML allows for one hand light use, which could be of great importance to a parent of a small child or to free up a hand to guide or protect a loved one.

Haggard: As far as WMLs on CCW guns? The real-world need for them is nearly absolute zero. I’d say zero, but I try to stay away from “always” and “never” since real life isn’t always black and white.

The idea that you need a WML comes from the idea that you’ll need to “PID your target.” In the paradigm of CCW, we know this is false. Things like robberies or carjackings don’t happen in the pitch-dark ninja cave; they happen in areas lit well enough for the bad guys to find you, see you, and rob you. Your PID will be the guy trying to rob you, etc.

If we look at the database of Tom Givens’ CCW student involved shootings, 64 to date, and other sources that mimic CCW shootings, such as many of the FBI and DEA agent OIS incidents, we find that the need to have a WML, or any light, to ID the target just isn’t there. In none of Tom’s student shootings was a light used, or even needed.

People often state that most crime happens “in the hours of darkness.” This is true, but false, because these crimes happen in urban areas, after the sun goes down, but not in the dark. Cities tend to be rather well lit.

Jedi: Statistics are the cold comfort of a man who just got hit by lightning. Lights may not be needed statistically, but neither are guns when you just look at statistics. WMLs are better suited to violent reactions in a rapidly evolving situation. Drawing a single item from concealment is faster and easier than drawing a gun, plus a separate handheld light and trying to orient both toward a threat. The more a concealed carrier can economize movements, the better, especially when time isn’t on their side and fumbling is a possibility.

Cowan: Low-light training and practice, in general, is not as common as traditional day time shooting, which leaves skill development of shooting with a handheld at a significant disadvantage, and in reality, no handheld flashlight technique can provide the stability of a traditional two-handed grip that a WML affords.

Jedi: A WML should always be used with a handheld light.

Haggard: Regardless, having a handheld light is more important than having a WML. Fact.

Cowan: While a handheld is by far a more versatile source of light, it does not allow for the same efficiency when shooting.

As with anything, a WML has its downsides. There’s plenty to consider before tacking a light onto a rail and hitting the street.

Cost is a consideration that one must consider when purchasing a WML. Good lights are going to cost good money. A cheap light isn’t something worth relying on. On top of that, when it comes time to choose a holster for a WML-equipped pistol, you’ll find most are built around a small number of weapon lights. The lights holster manufacturers base their holsters around are almost universally those high-quality weapon lights that come with premium prices.

Every expert carrying a WML on their carry gun chose the SureFire X300U. The X300U is a fantastic light that’s worth every penny, but it costs a lot of pennies. Common downsides cited include higher weight, more bulk, holster selection, and training issues.

Jedi: With a WML, you have to learn handheld techniques as well as weapon-mounted lights. Additional training is also an additional cost that must be considered when equipping your weapon with a light.

Haggard: If one has the money, and more importantly gets the training to use the gear correctly (hint, going to the indoor range and shutting off the lights doesn’t count), and is willing to put up with the extra weight, size, minimal number of CCW holsters available, etc., then have at it.

Giddings: Holster selection isn’t an issue since I have a Phlster Floodlight, which fits pretty much any gun with an X300 mounted. Since that’s my light of choice, I’m in good shape.

Jedi: If the light makes carry uncomfortable, then it’s a holster problem and not a light problem. Jedi: The only absolute is that there are no absolutes. Use the kit if it works; if it doesn’t work, don’t use it.

Giddings: I don’t think that carrying a WML is mandatory, but I think that if it’s possible and if it makes sense for your use case, then you should.

Cowan: My opinion is that any firearm capable of having a WML equipped should have one.

Haggard: I’m not against WMLs; I was carrying one in the 1990s. I’m against doing things dumb. Weapon-mounted lights can be a very powerful tool to have in your everyday-carry setup. In the context of concealed carry, the downsides involve the end-user doing work. A person wanting to carry a WML has to find the right light, the right holster, and the right low-light training. This ensures they get the most out of their WML, and they can use it safely. Without training and practice, it’s a tool that’s, at best, dead weight and, at worst, a dangerous distraction.

More in Illumination, EDC, and Self Defense

Moonshine Buyer's Guide
Additional Glock Options from Brownells
Protean Innovations Stability XT Review: Speedy, if you're up for it.
Aguila Ammunition gets a new look