Four Silencers For Under 500 Bucks 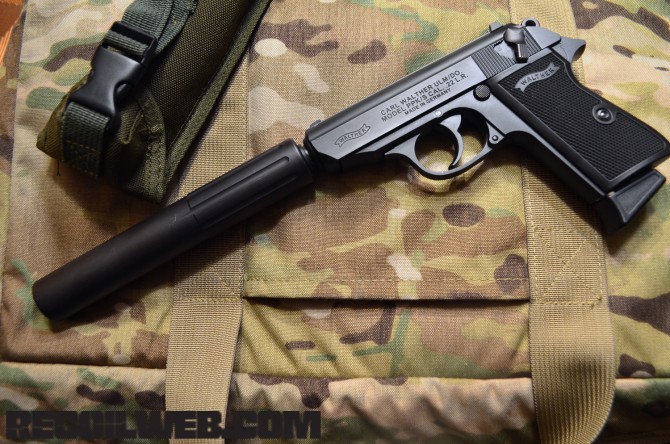 Silencers are more popular than ever. We don't care if you call them suppressors, mufflersj, silencers, or cans. Don't be pedantic. “Silencer” is the legal term and it's what Maxim called his creation, so we use it unabashedly.  Unfortunately, the prices of many cans tend to hover close to the $1000 price point. We decided to find some for under $500, for those people who might be sitting on the edge of filing for a NFA tax stamp but need to keep the expenditure down.

In a way, NFA regulations have gotten bit easier since the implementation of 41F. Granted, some unnecessary hurdles were added (if you use a trust or other entity), but for individual form filers it actually became a little simpler.

If you had a local petty tyrant who refused to sign, it no longer matters. They simply receive notification and cannot charge you $50 for the signature they didn't want to scribble to begin with.

Four Silencers for Under 500 Bucks — and No, They're Not all Rimfire

Some say to get the most “bang for your buck” and to gain the greatest appreciation for the technology of sound suppression, you really need to start with a rim fire can.

Underground Tactical Arms manufactures removable .22LR pistol and rifle suppressors as well as integrally suppressed pistols and rifles at their manufacturing facility in Dripping Springs, Texas. The Little Puff is available as direct thread 1/2×28 to fit most standard rimfire applications.

The can is rated to 5.7 and of course the 22 Magnum round. At 6″ long it works perfectly on every firearm on which we mounted it. We got ours on closeout from Silencershop.com and at $185 paid less than the price of a pocket flashlight. No, that's not a typo. The drawback is that the Little Puff is not user serviceable and rim fire is dirty. We alternate ours on our FN P90 to burn the debris out

A user serviceable can is in the works, but in the meantime, try to score one of these if you can.

There are other 22 cans available for much less than $499, but we found this to be the best deal out there.

We found the can to tame it down, provided your barrel is threaded for 578×28”. The Thompson Machine Poseidon 45 suppressor measures 4.5” long by 1.375” in diameter and weighs 4.2 oz. Despite that, the Poseidon is as quiet as silencers that are twice its size and weight.

According to Silencershop.com, Thompson uses wipe technology in concert with a proprietary mono-core baffle stack.

Furthermore the Poseidon has a unique design that helps to seal in the end-user’s ablative medium of choice until the suppressor is used; thus eliminating a major downside of wet suppressors.  Basically water won’t run down your leg when you try to holster a wet can! 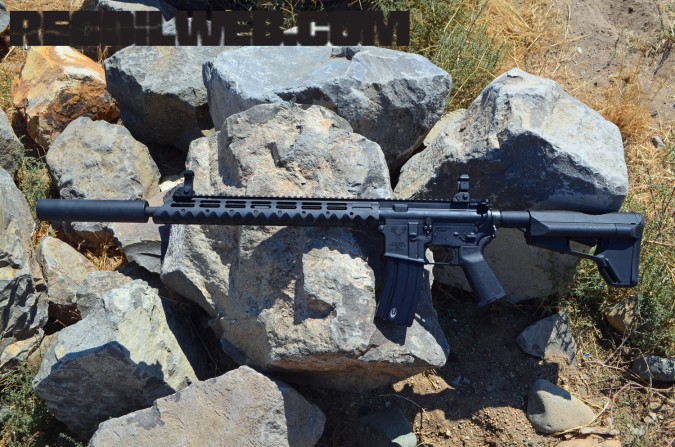 Yeah, we know, you can get by on just three cans if you have to: a rim fire, a .45 caliber pistol and a .308 rifle; but there are exceptions (and variety is the spice of life anyway). Most .30 caliber rifle silencers can serve double duty on a 5.56 rifle. However, if you only want to suppress a 5.56 specifically, and have no intentions of going any higher, you might want a dedicated silencer.

Radical Firearms changed the way we look at AR-15s. They brought quality rifles loaded with features to the market at a rock bottom price and late last year turned their sights to suppressors.

Silencershop.com got one to us and we fitted it to a Stag Arms 3TM after removing the factory A2 flash hider. It's a bit weightier than most, but the money saved might make up for that if you are keeping to a budget. For .308 you're going to need versatility. Unfortunately that doesn't usually mix well with low cost. Rather than recommend a dedicated 5/8 X 24″, we went to a low cost suppressor that offers a mounting system so you can drop it on another rifle if needed. Behold American Manufacturing and the Triple X Warrior. 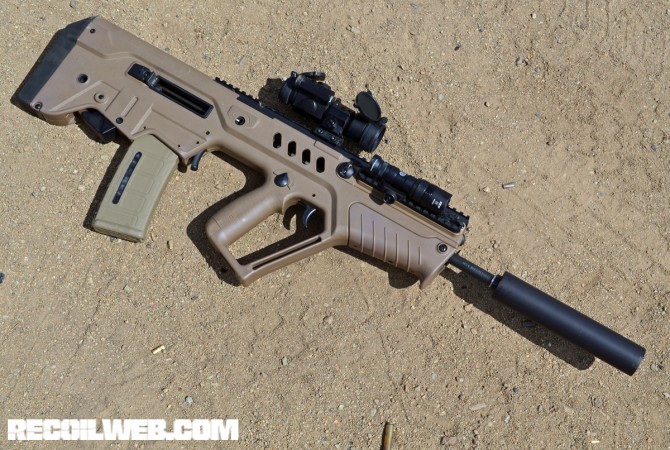 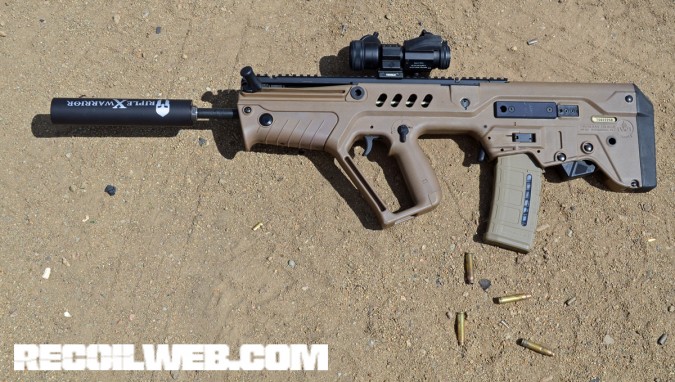 Rated for up to 300 Winchester Magnum and full auto fire, the Triple X Warrior retails from the manufacturer at $375. For an extra $100 he can manufacture a muzzle brake to fit any rifle barrel's thread pattern from 22 short on up. Granted a second brake will push this above our $499 price point, but you can always roll pennies for them and have them sent to you directly while waiting on the form 3 and form 4 to clear.

There are others out there that you can find from time to time, but we have a particular liking for these samples.

2 responses to “Four Silencers For Under 500 Bucks”