The sound of hitting steel is instantly gratifying. But, the cost to buy quality steel can be intimidating. Those high costs put you in the tough position of deciding whether or not to buy more ammo or something that will improve your training routine.

MGM Targets has made it more attainable to purchase quality steel with its Steel Challenge Plate Rack, which they affectionately refer to as a “plate rack in a bucket.” The bucket of steel currently retails for $299.00. As the nickname implies, the steel does indeed come in a bucket with six of their trademark hexagonal plates, six hangers, and the steel frame supports. Just add a couple of 2x4s and you're all set. 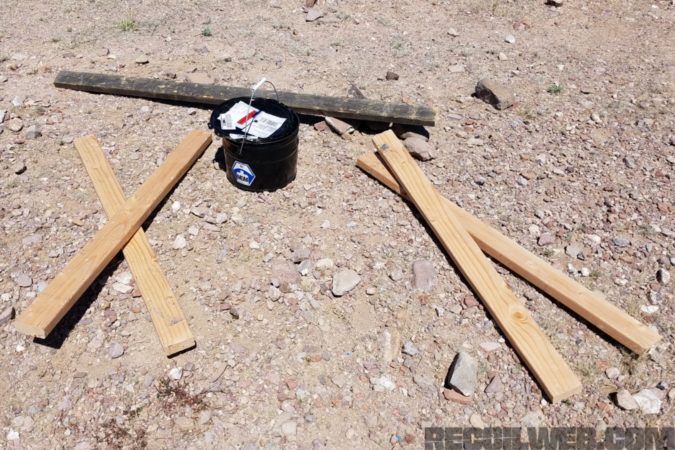 We used four, four-foot 2x4s for the base legs and a six-foot 2×4 for the cross beam. If you use all six plates, this would be the minimum length for the cross beam we would recommend. The plates themselves are easy to hang and remove from the individual plate hangers.

Setting up the plate rack took us a bit longer than the 2 minutes claimed by MGM, but not by a lot. After setting up the first time, subsequent assemblies get much easier. More importantly, setup was not much longer or more difficult than prepping target stands and cardboard to shoot paper targets. In fact, it saves you time between strings as there’s no replacing silhouettes or covering holes like you would with paper. Just throw a fresh coat of paint on the plates every so often and you can shoot as long as you want, or until you use up all your ammo. 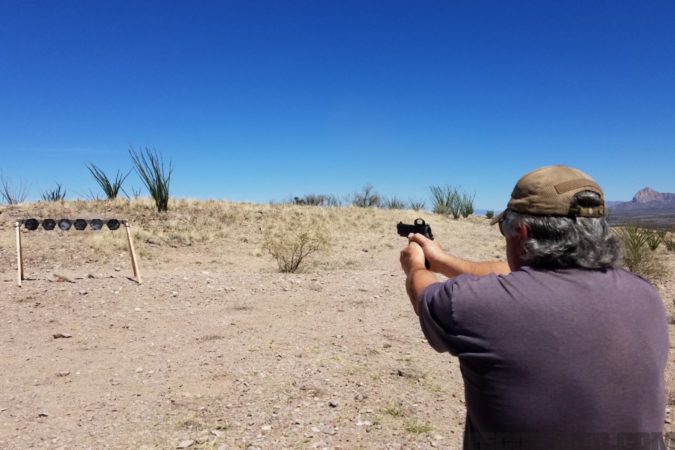 The versatility of the platform is only limited by your imagination.  For example, you can paint the targets different colors or stencil letters and numbers on them. If you’re training with a partner, have them set the targets as they want and call of said numbers, letters or colors for training variety. The number of plates and their spacing can also be easily changed for better variety. This particular MGM product can be used for both pistol and rifle shooting at a distance of at least 10 and 100 yards, respectively. After several weeks of extensive testing involving multiple shooters, calibers and types of pistol ammunition our test rack remains completely unfazed except for a couple of lead streaks from repeat hits. We expect these targets to last thousands of rounds.


Check out www.mgmtargets.com for more information.