Dirk Pinkerton spent 18 years in the physical security field and his knives are built with specific duty-driven purposes in mind. Since we’re not always able to carry large blades on our person, we often opt for something highly concealable yet sturdy enough to stand up to anything. One blade that we are revisiting is the Brevis Neck Knife. It is 5” in overall length, with a 2.1″ blade from tip to finger notch. Made of high grade s35vn steel, the thickness is generally .125″. The Brevis comes is several styles, including a drop point blade. The included Kydex sheath can be worn on a neck chain or piece of cord or mounted to a G-clip or Tek-Lock. If you are familiar with the Thumbdrive, then you will feel right at home with the this little dangerous beauty. 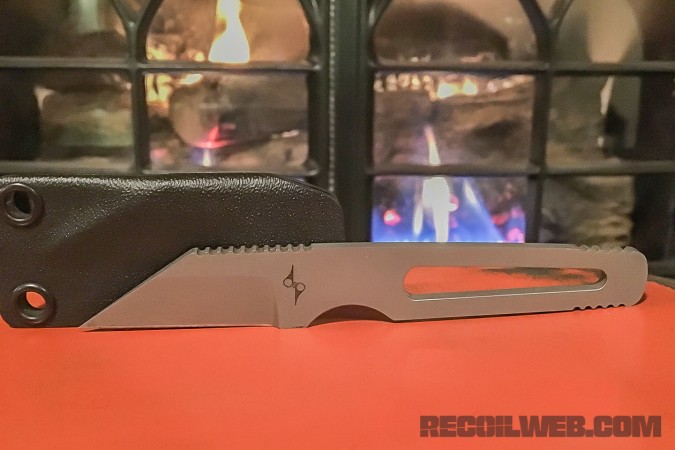 The original design was intended to be exclusive to a gun shop that has since gone out of business, so it is being reintroduced by Pinkerton under the Brevis name and retails for $60.
You can find Dirk Pinkerton Knives on the Web by visiting their site. 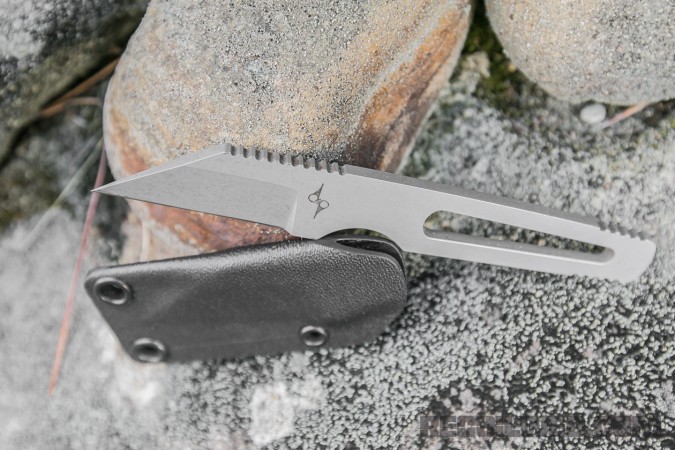 My interest in knives started at a young age; my father always carried a knife with him and he used it daily. He expected a lot from his knives and instilled that in me. As I grew older, I became interested in handmade knives and started collecting them. That's when I met custom maker and designer Darrel Ralph. After ordering some of his knives I convinced him to let me come by his shop to pick them up. It seemed silly to pay for shipping when I lived just 30 minutes away. We soon became good friends. I never actually apprenticed with Darrel. I just kept asking questions and bugging him to make designs I liked. Eventually, I became tired of him saying “no” and decided to make my own knives. Darrel gave me use of his shop if I needed it. I guess you would say Darrel was my mentor.

My current approach to designing knives actually developed during my 18 yr. career in the physical security field. During that time I had the opportunity to train and work with Police, Fire/EMT, military, the Secret Service and other agencies. What I learned showed me the potential of a knife beyond normal utility tasks. I learned how easy it is to conceal a very large knife and how much damage a very small knife could inflict. This is also when I started thinking that the knife's handle should permit multiple, secure grips and the blade should follow by being effective in those different grips.

Here's the designers's description of the Brevis Neck Knife:

The Brevis is 5″ overall length. The blade measures 2.1″ from tip to the finger notch. Generally, the thickness is .125″. Steel is either S30V or S35VN. It can be made with any steel at customers request. Usually at no extra cost. The Kydex sheath is setup with a neck chain or cord and the hole spacing is set at 1″ to permit attachment to many belt clips on the market.