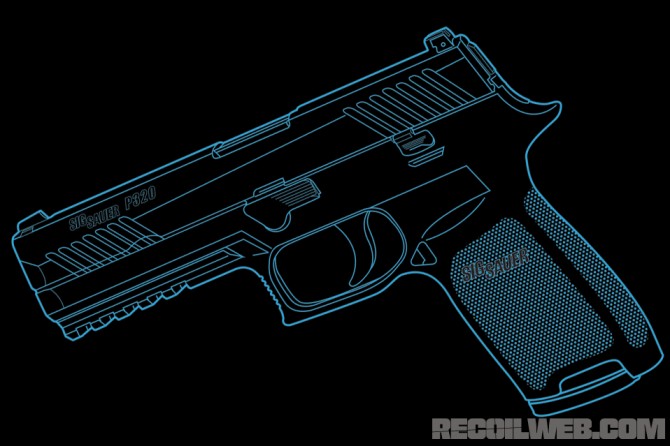 Glock started the striker-fired polymer pistol revolution back in 1982, and by the mid-1990s it was dominating the U.S. market for commercial and law enforcement sales. One by one, all the other major manufacturers have moved to offer similar models, some quicker than others. SIG SAUER, renowned for its double-action/single-action (DA/SA) pistols, was the last holdout, joining the party in 2014 with the P320 model. Based on SIG’s marketing materials, the P320 is clearly intended to go head to head against Glock, particularly when it comes to law enforcement sales.

What’s the big deal with striker-fired polymer pistols anyway, and why do so many agencies want them? Experience gained while teaching armed security guard classes over the past few years has revealed some firsthand insight into the benefits from an institutional perspective. These experiences have mirrored those related by other security and law enforcement (LE) instructors.

Most people who engage in firearms training to maintain professional certifications are not firearms enthusiasts. They’re training because it’s required, or they are being paid to be there. A few are genuinely passionate about firearms, seek out training, and practice on their own time between mandated sessions, but the majority will only do the minimum required. Getting people to do a little dry-fire practice between qualifications, which literally costs them nothing but time, can be like pulling teeth. Budgets are increasingly limited for training, whether in the public or private sector. This leaves us with the question of how to maximize the training time and limited ammo we have (sometimes as little as four hours a year and 100 rounds), and how to produce the most effective shooter we can within those limitations? Striker-fired pistols have consistently proven to be an advantage in this situation. The lack of external safety or decocking devices, combined with the trigger pull being the same every time, streamlines training significantly. DA/SA pistols, particularly those with combination decocker and safeties require a more trained, educated user to accomplish the same result, so we’re forced to dumb it down. Few will train to the point of being able to cleanly pull through a double-action first shot — these are typically thrown low and left for right-handed shooters, then back to the center on single-action. It doesn’t matter the brand of the DA/SA pistol — Ruger, S&W, Beretta, or even SIG — we’ve witnessed dozens, possibly hundreds, of people struggle to qualify with them. Hand those same shooters a striker-fired pistol, and their scores generally improve by 25 to 50 percent.

Trigger Time
Let’s talk about that trigger for a moment. The P320 offers the best out-of-the-box striker-fired duty/carry trigger that this author’s ever shot. It really is that good. Although SIG lists the pull weight as 5.5 to 7.5 pounds, it feels a lot less as the take-up is short and the break exceptionally crisp, with a short, tactile reset point. It’s offered as both a standard trigger and with a trigger safety, though the latter is not necessary for it to be drop safe. There’s an internal safety that prevents the striker from dropping unless the trigger is pulled, teamed with a disconnector safety that prevents the striker from falling with the slide out of battery.

The P320 is fully ambidextrous, with slide stops on both sides of the frame and a magazine catch which is reversible for left-handed shooters. Lefties have for years been relegated to second-class citizen status, with many training to hit the mag release with the middle finger of the dominant hand — because of this, our lefties left the button alone initially.