Tonight's Saturday Night Blade Porn comes to you courtesy of Coye Knives, but it's not so much about Coye Knives as it is about Warrior Shoot Event Group. The knife featured above, obverse side below, is #1 of a limited edition run of 20 knives handmade by Bill Coye. It is currently being raffled by F3 Tactical, and Warrior Shoot Event Group will receive all the proceeds.WSEG, if you are unfamiliar with it, is a non-profit that puts wounded military personnel back out on the range and gets them shooting again so they remember their abilities and not their disabilities. It's a squared away group that it is well worth supporting.

Want to be humbled? Go watch these guys in wheelchairs or on prosthetics faces light up when they start putting rounds downrange again. You can purchase one ticket for $5,  5 tickets for $20 or 15 tickets for $15 here. There are a lot of reasons to take part, even if you don't want the knife. These men and women have been badly injured in the service of our country – some of them catastrophically. Many don't have the financial wherewithal to get back out to the range. Many do not have access to a handicapped accessible range. Some don't have the support structure in place to make a safe trip to the range.

Spend $5 and maybe win the knife – speaking of which, we'll describe it. It's a hand-etched custom Coye Ridgeback. 6.25″ OAL, blade 3.25″, 5/32″ Bohler N690 Stainless steel blade, G10 handle and a Tek-Lok “scout” style right hand draw sheath. The knife was donated by Breach-Bang-Clear. Their logo is on one side, along with the number, and they're motto “Kill them all and break all theirs shit” is on the other. Value is tough to determine since it's one of a kind, but unnumbered Coye Ridgebacks have been going for between $350 and $450 – and Bill is no longer doing custom logos. You won't seen any of these again.

Here are a few images of some of the other 19 to whet your appetite. A couple are in Texas, one in Illinois, one in Atlanta, one in Pennsylvania, one in LA, one in Oregon, one in Oklahoma, etc. There's one at Camp Lejeune, one at Fort Hood, one at Ft. Bragg, two deployed to Southwest Asia, etc. The point being – #1 will be in good company. 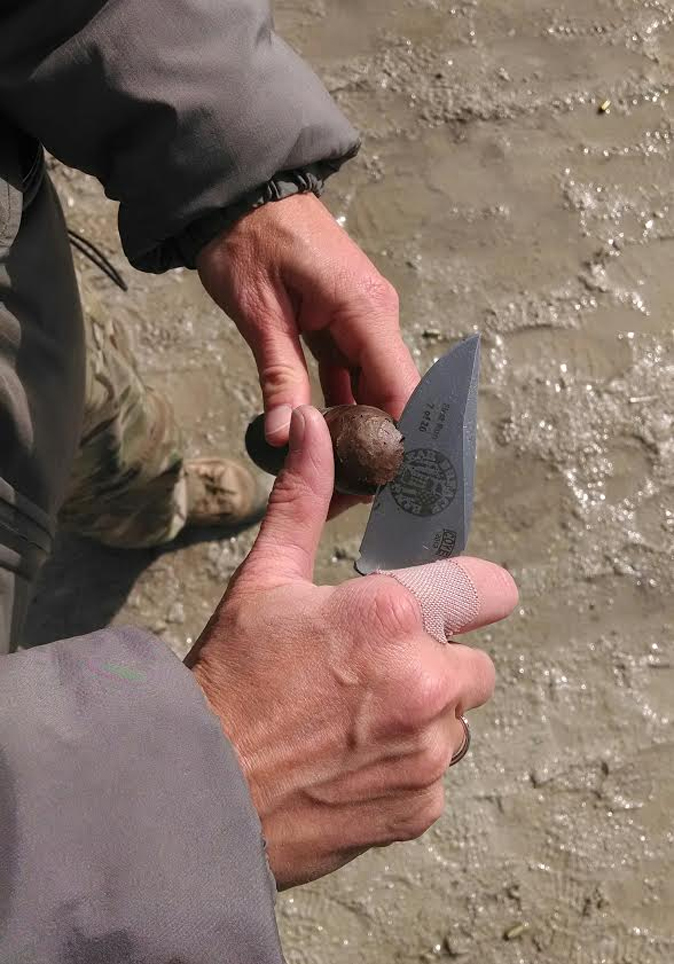 Coye Ridgeback review over here on Monderno if you want to check it out.