As far as drool-worthy unobtainium goes, the mythical full-auto AA12 “Sledgehammer” shotgun ranks up there amongst the best of them. 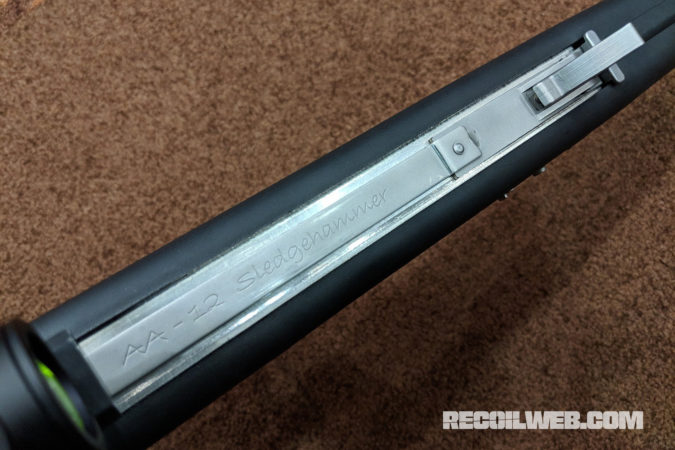 Initially developed in the early 70s by Max Atchisson, the AA12 was designed as a full-auto-only open bolt 12-gauge shotgun.

Background of the AA-12 Shotgun

Continually tweaked for decades and pushed mostly in vain to military and law enforcement markets, the AA-12 was much more successful in scoring appearances in movies, TV shows, and video games.

Atchisson sold the design in 1987 to Military Police Systems, which was responsible for all the subsequent product development. However, MPS saw limited commercial success and never fielded a semi-auto civilian variant of the AA12. Fast forward to the present day, and Tactical Superiority and its new venture, Sol Invictus Arms, worked out a deal to finally make the AA12 available commercially.

Working closely with one of MPS's principals, they created a semi-automatic version, further refined the design, and set up modern production processes. 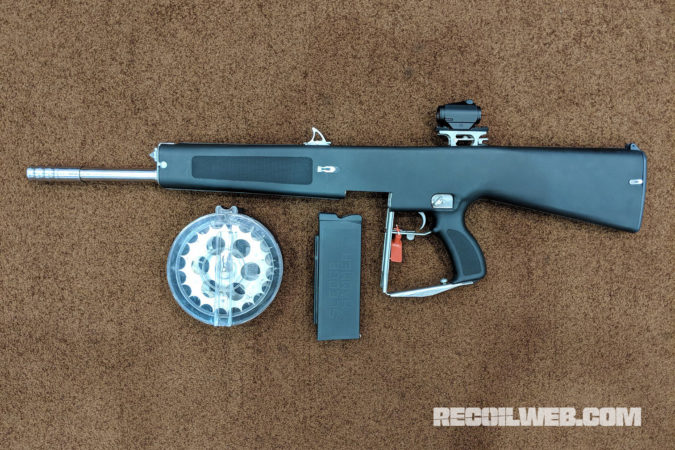 The civilian version sports a longer, NFA-friendly 18.5-inch barrel and fires from a closed bolt. The overall length is 38 inches and total weight is 10.5 pounds.

You can choose from versions with the iconic, original A-frame iron sights or the Picatinny rail on a riser that replaced them. 20-round drum and 8-round box magazines will be available.

Sol Invictus Arms plans for these guns to be limited editions of only 1,000 and is taking pre-orders on Armslist at $3,250.

Here's a video from Larry Vickers demonstrating the full-auto AA12: