After a few years of shooting, particular tastes for specific weapon accessories are bound to emerge based on preference, mission or the weapon in question (usually a combination of all three).  I have come to prefer a 12 o’clock mounted light on my rifle. A 12 o'clock mount prevents barrel shadow and allows ease of light operation from either shoulder.  It didn’t take long for this preference to develop, though finding my preferred light did.  From repurposed handhelds to dedicated, traditional tube body lights with pressure pad activation, I have used quite a few different lights from many of the major manufactures.  All lights have their pros and cons and it’s usually trial and error until you find one that works.

Turns out my go-to light was the SureFire X series pistol lights.  Starting with the X200, I have been running them mounted at the 12 o’clock for years and have no plans to change. They provide sufficient light, have a small footprint on the rifle and the controls are intuitive.  It’s almost the perfect design.

Negligent Light Discharge occurs when a light is activated without intention and varies in degrees of seriousness from I’m sorry to they are now shooting at us.  Obviously the latter is reserved for exceptional situations or military (and some) law enforcement activities, but the fact remains that I don’t want my lights to turn on when I don’t want my lights to turn on.  An NLD in a low light environment is like a lightning strike and its gets everyone’s attention.  There are a number of causes; from unfamiliarity with equipment to convulsive reflex when startled to inadvertent contact with gear.  Light makers who cater to the weapon light-needing crowd understand this and make attempts to produce lights that help minimize the chances for an NLD as long as the user does their part, but sometimes a third party company needs to step in with an after-market improvement.  In the case of SureFire's X series lights, Unity Tactical produces the EXO.  The EXO is a direct replacement for the factory mounting rails and provides a switch shroud for the activation pad/rocker. I picked up an EXO at SHOT 2014 and have been using it ever since. I wanted to really wear it in before I weighed in with a final opinion.  Before using the EXO, my light would be mounted just outside my normal thumb position to make light use a conscious decision.  While this didn’t prevent inadvertent activation if the rifle brushed against gear or environment, it significantly reduced my chances of bumping the light when changing grips, shooting positions or reacting to the environment.  With the EXO I was able to pull my light back a notch and significantly reduce the chances of the light being activated by incidental contact.  I have always been very NLD conscious and can say it hasn’t happened very often, but they do happen and preventing them completely isn’t always possible.  The EXO shrouds the switch with a hard shell of polymer plastic that leaves enough room for even a gloved thumb to activate the light, but extends rearward and walls in the sides well enough that only fate and circumstance can cause a gear-related NLD. The EXO does require a more precise thumb placement (relatively speaking) but it isn’t so acute that the switch is tough to get to with a conscious decision to use light.  The obvious added bonus is that while in storage, the EXO protects your X-series light from activation in rifle bags and cases, or when being jostled about in a rifle rack or trunk.  I like the EXO so much I have begun introducing it to students in low-light courses who are in search of better light control options.  If you are using a Surefire X-series light on a rifle, the Unity Tactical EXO is a must. 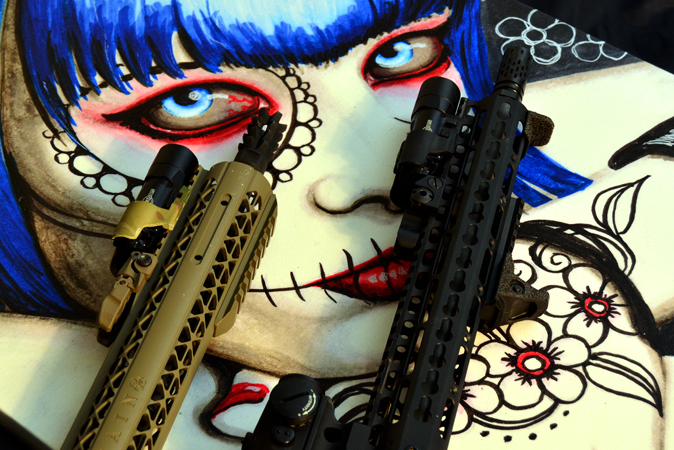