For Vikings: the VTAC Skirmish Belt Viking Tactics founder and former SMU (Special Mission Unit) soldier Kyle Lamb recently his latest belt to the gun-carrying world; the VTAC Skirmish Belt. According to Lamb, VTAC made adjustments to the existing Brokos Battle Belt to narrow down the outer belt and remove the padding while adding an inner belt. The latter secures the former with a hook and loop system and it still has the same amount of MOLLE. Lamb says VTAC removed the stiffener from the front of the belt to allow for increased comfort. 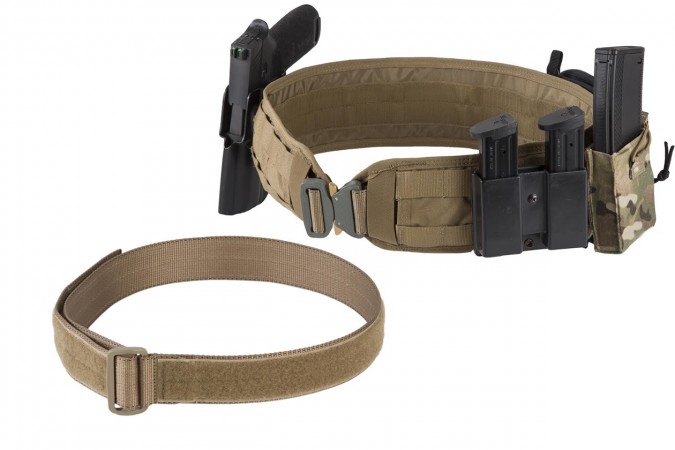 One advantage of this layout is obviously that you can maintain more than one outer belt, rigged up in different configurations and switch from one to the other very quickly without having to go through the attach-reattach-bellow profanely-attach-again process with all your accessories. Note that the Skirmish does not replace its predecessors. The VTAC Battle Belt, VTAC/Tyr Brokos Belt and Brokos with soft armor inserts are all still available in the Belt/Suspender section of their website.

Here's how Viking Tactics described it.

If you want a lightweight belt that is stiff enough to handle the heaviest loads the VTAC Skirmish Belt is the right choice. The VTAC-SBU comes with hook lining which grabs the included under-belt. This belt is narrower than our standard VTAC Battle Belt and the stiffener has been removed in the front to allow for easy movement into and out of non-standard shooting positions. The VTAC Skirmish Belt can be rigged to allow for mounting gear 360′ around. The first of it’s kind the VTAC Belt series have slots which allow you to choose how you attach your gear to your belt. Completely modular and completely Made in the USA. 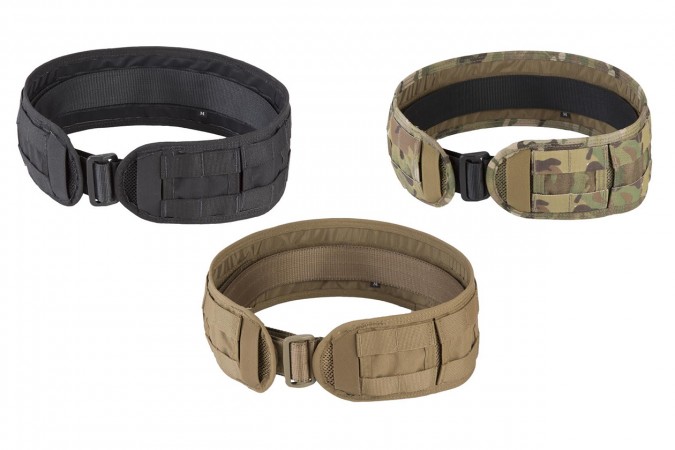 If you like what you see the Skirmish can find be found right here. Sizes are available in up to XXL. You great big biscuit eating fellas (or anyone named Clegane) might also look at the VTAC “Big and Tall” if you need something larger.

The cobra belt is sold separately and can be found here. As you probably already know (but it's worth the reminder) Viking Tactics also offers course in tactical pistols and rifles. Although these are mostly to LE/military personnel, vetted civilians can enroll in some as well. More information found here.