Home » How To » Why is Night Vision Important during Tactical Operations?

Why is Night Vision Important during Tactical Operations? 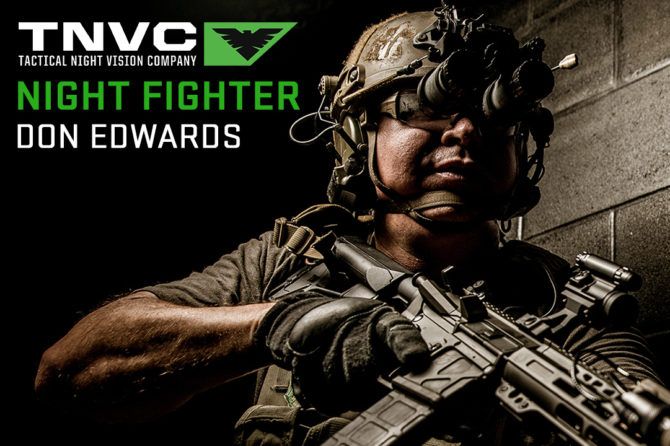 Using night vision changes the dynamics of fighting and opens up the opportunity to take down your opponent in less-than-ideal circumstances. In the latest episode of Night Fighter from Tactical Night Vision Company (TNVC), U.S. Army Special Operations veteran, Don Edwards, explains the importance of night vision in his own words.

TNVC has a new installment of its Night Fighter video series featuring Don Edwards with Greenline Tactical. In his own words, Don discusses the role of night vision operations and the importance it has with today’s law enforcement professionals.

Don Edwards is a retired 20+ year veteran of US Army Special Operations. He began his career in 3rd Bn 75th Ranger Regiment where he was a participant in Operation Just Cause. Retired from 20th Special Forces Group where he served as a Team Sergeant, a Weapons Sergeant and Intelligence Sergeant during combat operations in Iraq and Afghanistan. He has served for five years as the Use of Force training manager and primary instructor at the ATF National Academy in Glynco, GA instructing in tactics and firearms as well. Don has worked as tactical advisor to the Department of Defense since 2008 serving in both Iraq and Afghanistan and is a FLETC certified firearms instructor.

This video was produced by Basecamp Creative Group

About TNVC
TNVC exists to provide the absolute best Night Vision and related gear to the Warfighter, Law Enforcement Professional, and Civilian market. Our core foundation is night vision and its tactical application. Our company is made up of former and current Warfighters and Law Enforcement Professionals who understand what it means to have dependable gear when going into harm's way.

Catch Previous Episodes to Learn From More Experts in the Industry