Do “Assault Weapon” Bans Infringe Upon the Second Amendment?

Some of you will recall a time when the gun-control push targeted handguns. “Handgun bans” popped up in multiple U.S. locations, including Washington D.C. and Chicago, where residents were denied the ability to buy them.

These bans were later shut down by the United States Supreme Court in two cases: one in 2008 (District of Columbia v. Heller) and one in 2010 (McDonald v. Chicago). These cases were the last time Americans received any direction on the meaning of “shall not be infringed” from the Court.

Fast forward to 2017, when state and local governments, including cities and counties, have shrugged their shoulders at their inability to ban handguns and instead, are banning all kinds of other firearms by name and by feature. These same governments are also banning magazines holding more than a certain number of rounds. These “assault weapon” and “large-capacity magazine” bans are the new anti-gun craze.

Federal courts, including the Fourth Circuit Court of Appeals a few weeks ago, have upheld these bans, and are defying citizens the right to keep and bear some of the most common firearms in the country.

decision, the prospect of which is both dangerous and exciting. Activist judges reach their conclusion first, and then twist and turn the law into a pretzel to justify that conclusion. If an activist judge does not like guns, he or she will find support for an “assault weapon” ban despite the Constitution or the prior decision of the Supreme Court.

Justice Scalia had a simple way of commenting on activist judges:

“If you’re going to be a good and faithful judge, you have to resign yourself to the fact that you’re not always going to like the conclusions you reach. If you like them all the time, you’re probably doing something wrong.”

Perhaps more than in any other area of the law, the courts have become activists to restrict the protection of our Second Amendment. The judges who should be protecting and upholding our Constitution are instead dismantling it because they, personally, do not like guns.

The Fourth Circuit’s decision in the recent case of Kolbe v. Hogan is a classic example of how activist judges are making decisions about Second Amendment issues based upon personal feelings rather than the law.

Like daffodils in spring, “assault weapon” bans are popping up across the United States. Maryland’s Firearms Safety Act of 2013 is typical in its language and in the fact that it was passed after the Sandy Hook school shooting.

The Maryland ban lists 45 firearms by name, including the AK-47, the SKS, the AR-15, and the mini-14. The law also bans any “copy cat” rifles that have certain cosmetic features, such as folding stocks and flash suppressors.

Despite the popularity and “common use” of the rifles that are banned by this law, a panel of

judges sitting for the Fourth Circuit Court of Appeals decided that the ban does not violate the Constitution. 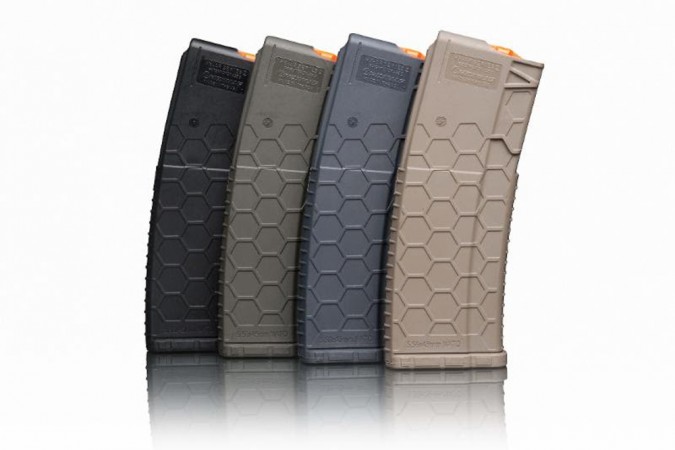 The court’s written opinion, its “sell” if you will, begins with an emotional plea. You’ve heard it all before, often from the mouth of our former President. The court’s opinion first recites the murders in Newtown, stating that “a gunman used an AR-15-type Bushmaster rifle and detachable 30-round magazines to murder 20 first-graders and six adults in the Sandy Hook Elementary School … Nine terrified children ran from one of the classrooms when the gunman paused to reload, while two youngsters successfully hid in a restroom. Another child was the other classroom’s sole survivor. In all, the gunman fired at least 155 rounds of ammunition within five minutes, shooting each of his victims multiple times.”

The court’s written opinion goes on to recount the shootings in Aurora, Virginia Tech, Fort Hood, San Bernardino, and Orlando. The opinion even mentions that the SIG SAUER MCX used by the terrorist in the Orland nightclub was “developed at the request of our Army’s special forces and is known in some military circles as the ‘Black Mamba.’”

The opinion, voicing the legal analysis of ten judges, concludes “that the banned assault weapons and large-capacity magazines are not protected by the Second Amendment” because they are “‘like’ ‘M-16 rifles’ … weapons that are most useful in military service,” and which, supposedly, Justice Scalia in the written Heller opinion singled out as “being beyond the Second Amendment’s reach.”

This Court is trying to sell to the American people that the Heller decision somehow stands for the proposition that common, everyday firearms are “beyond the Second Amendment’s reach” if they are useful for military service. 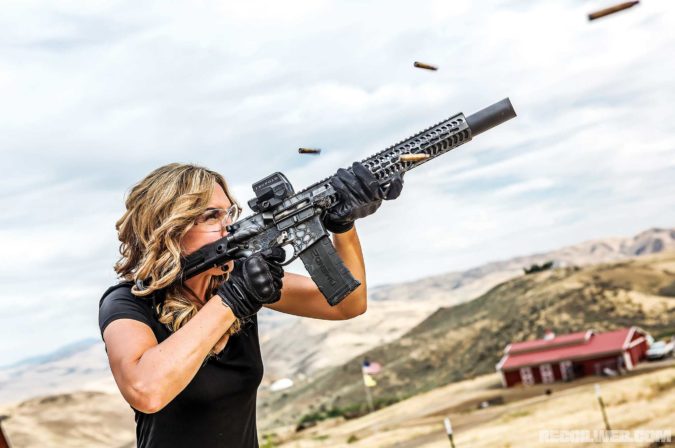 First, the Heller decision was not a case about rifle or magazine bans. The ability to own those types of firearms was not in question at the time the Heller case was decided, and the court did not specifically say that firearms useful in military service could be banned. Rather, the specific question of whether a ban on “assault weapons” and magazine capacities is constitutional has not specifically been answered by the Supreme Court. The Supreme Court has never stated that the test for whether or not a firearm is protected for ownership by the Second Amendment is whether it would be useful in military service. The Supreme Court did say, however, that firearms that are in “common use” are protected.

Second, even if the Heller case stood for the proposition that military service rifles are not protected (which it does not), the AR-15 has never been issued as a military service rifle. ARs, and the other banned firearms, are used mainly by law-abiding, American citizens. Rifles “like M-16 rifles” would also, obviously, be fully automatic firearms. Most of the firearms banned by Maryland’s and other state’s laws are only semi-automatic.

Not all the judges reviewing the case for the Fourth Circuit agreed with the court’s decision to allow firearms and magazines to be banned. Four judges disagreed with the ten judges deciding the Kolbe case. Judge Traxler wrote an opposing opinion, where he pointed out factual flaws in the other judges’ opinion:

“The majority’s assertion might surprise the United States Army, which sets the maximum effective rates of M4- and M16-series rifles operating in semi-automatic mode at 45 to 65 rounds per minute — only about five rounds in five seconds (not 30 rounds as the majority believes). This is far slower than 150 to 200 rounds per minute that may effectively be fired by the same arms operating in fully automatic mode.”

Finally, the author of the Heller decision, Justice Scalia, specifically disagreed in writing with what the Fourth Circuit court just tried to sell to America.

At the time of the Friedman case, two justices, Justice Thomas and Justice Scalia, disagreed with the Supreme Court’s refusal to hear the case. In what is called a dissenting opinion (an opinion written by the judge or justices who disagree with a majority vote), they argued that the Court should hear the case because they believed that bans on common, semi-automatic rifles, such as the AR-15, are unconstitutional. Here’s a quote from their written opinion:

“Roughly 5-million Americans own AR-style semiautomatic rifles. The overwhelming majority of citizens who own and use such rifles do so for lawful purposes, including self-defense and target shooting. Under our precedents, that is all that is needed for citizens to have a right under the Second Amendment to keep such weapons.”

If the test for whether a firearm is protected by the Second Amendment is whether or not it would be useful for military service, courts and legislatures could potentially ban every firearm in the country, including the handguns that were specifically protected by the Supreme Court.

Where do we go from here?

Since 2010, the United States Supreme Court has remained silent on protecting us from assault weapon bans, magazine bans, and other Second Amendment issues, such as our right to carry concealed firearms and onerous permitting processes.

The last word from our Court on what, exactly, the Second Amendment protects is that we have the individual right to keep and bear a handgun in our own homes for self-defense purposes, which cannot be infringed by any federal, state or local government.

Decisions that, to many gun owners, infringe on the right to keep and bear arms have been cropping up all over the country since we last heard from the judiciary branch on this topic.

It is possible, and even likely, that the United States Supreme Court will soon address the issue of assault weapon bans, as well as other Second Amendment concerns.

Lawyers must choose carefully the cases to put before our Supreme Court, or we could wind up with decisions that hurt, rather than help, American gun owners.

Timing is also important. The right case must proceed to the right Supreme Court — a Court of judicial conservatives. As we have seen, not all judges or justices follow the law or strictly uphold our Constitution. As Justice Scalia pointed out, “Undoubtedly some think that the Second Amendment is outmoded in a society where our standing army is the pride of our Nation, where well-trained police forces provide personal security, and where gun violence is a serious problem. That is perhaps debatable, but what is not debatable is that it is not the role of this Court to pronounce the Second Amendment extinct.” Hopefully, our emerging, new, Supreme Court will believe this as well.