Monday I wrote an article in which I questioned the wisdom of carrying a pistol openly, vs. concealed. I mentioned two egregious examples of open carriers who weren’t “doing it right,” then advised that I’d sought the advice of some SMEs (Subject Matter Experts) in order to get their perspectives. (Read the exact quote in the original story, which has been edited to add comment from two more SMEs.)

One of our responsibilities as journalists is to encourage informed debate and elicit responses—boy did they come. Not surprisingly, this confirmed a few things:

As expected, there were references to past RECOIL errors, conclusions drawn that somehow my article meant the magazine and/or instructors wanted to trample gun rights, even that the article was written intentionally one-sided and that I “deliberately avoided” talking to pro- open carry. Nothing could be further from the truth. It was simple. I thought open carry was a poor choice in most cases. I wanted some other opinions. I called or texted a dozen guys I know and whose opinions I respect, posed the question, then relayed how they responded. The consistency of the responses is just the way it played out (and is tactically significant). Some people angrily described it as “an obviously biased article”.

Of course it was biased. I said as much. That’s what the input from the various instructors is predicated upon.

That doesn’t mean there isn’t more to the story, however. Shortly after the article went live I was chastised by Doug Holloway of ATEi, a staunch open carrier, for not providing a pro-open carry viewpoint.

Doug put me in touch with Mr. Rick Ector and Mr. John Pierce of Legally Armed in Detroit and OpenCarry.org, respectively. A short time later I became aware of a damning video and accompanying article by “Hoss USMC” on YouTube. He wasn’t gentle in his response. I contacted him so we could pow–wow because I felt he had misunderstood or was misquoting the actual content of the article. As I told him,  I have no problem whatsoever being disagreed with or being called to task. However I’d prefer it was for something I actually said…although in fairness, I have an obligation to make myself completely clear. That’s something he rightly said I’d failed to do.

I will say this for Ian (theHossUSMC)—he did a great job articulating how my two examples could be construed as insulting and condescending toward all open carriers. Mr. Ector had already correctly pointed out how negative the original URL would be interpreted (the initial title was To Open Carry or Use Your Head which remained as the hyperlink even when the title was changed). Mr. Pierce then graciously spent over an hour talking with me and discussing the sociopolitical reasons for open carry vs. the tactical ones I and the instructors had considered.

All of them clued me in to the widespread perception that concealed carriers treat open carriers as “villains” when in need of one (not from a criminal perspective, but as a focal point for negativity and criticism).

Each of them was eloquent, easy to talk to, passionate about their topic. They didn’t change my mind to any great extent but they certainly expanded my viewpoint and I am indebted to all of them for enlightening me.

In any case, let me set up the quotes below. They are distilled responses answering my stance on open carry, which essentially boils down to two primary considerations (which are my own, and not the instructors I quoted). The first questions the wisdom of open carry from a tactical perspective and the second from the ambassadorial status—to wit, I personally hold those who open carry to a higher standard because they are overtly in the public eye.  Note: though these quotes are condensed, all of them were reviewed and approved by the respective SME before inclusion in this article.

“Anybody would stipulate that someone who carries a firearm must do so responsibly…There’s nothing that you’re saying that applies to just open carry—I would say it applies to everyone when it comes to personal safety. They should all maintain high situational awareness and they all should be well aware of their environment, something I teach and stress in all my classes. Many times when people talk about guns, they talk about it through a narrow prism, as though their paradigm applies to everyone. An openly displayed firearm is a great visual deterrent to crime…I’m talking to you from Detroit, MI, a city with a decimated police force where crime is a daily occurrence—it’s disingenuous to think that there’s a one size fits all approach to carrying firearms and defensive firearms use.

There are a variety of points to be made here—if concealed carry was the way to go then why don’t we have our police officers concealed carrying? Police officers carry because they can draw their firearms faster if they need them. In some scenarios, based on your local jurisdiction, there might be laws that force you to open carry in certain places, and Michigan is one of those states where open carry is the only option in some of those places.

The most serious issue is that some people are afraid they’re going to offend people. That is entirely in the mind of the person making the argument. There is no negative impact on the community from someone carrying openly, minding their own business, obeying the law, and engaging in commerce.

In carrying a firearm openly, not only is someone demonstrating their Second Amendment right, they’re supporting their First Amendment right. I’m open carrying, I am making a statement, and it’s my right to do.” 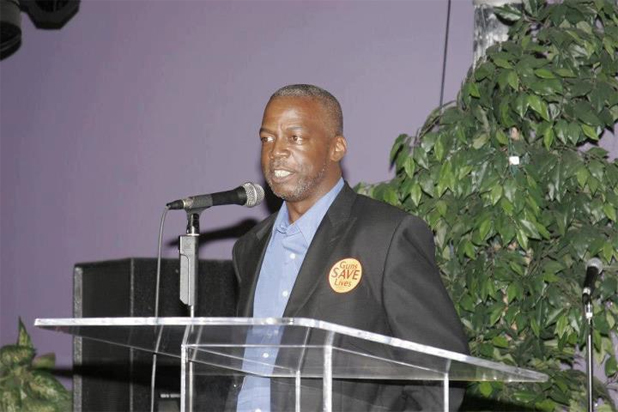 “Addressing the tactical issue, it’s pretty straightforward. If that is all you’re concerned with, then concealed carry wins. The depth of concealment, the difficulty of the draw and such may affect it, but if tactics are the only question, the answer is generally concealed carry. Open carriers however aren’t answering just that question. They’re answering the question, ‘What benefit does the gun rights movement get by me carrying, and how does the method of carry factor into that?'

…we want not just owning a gun but carrying it to be an accepted, ordinary part of daily personhood. We want it to be seen as part of Americana. The Concealed Carry movement has been tremendously successful, but it doesn’t move the sociological bar forward. You can stand up and be counted, and one of the ways to do that is to be a good open carry ambassador.  If people come to me and say, ‘John, what can we do as individuals?', I’m going to say, ‘First, talk to your legislators and second, open carry…let people know their friends, their neighbors, their loved ones, open carry.  After all, prejudice thrives on ignorance.'

I believe the majority of open carriers are good ambassadors.  But as any cross-section of the populace has a portion who may not look the way you wish, so do we…but even the guy who might look disheveled while carrying openly offers an opportunity for education and for desensitization.

The responsibilities of anyone who is carrying a firearm on themselves for personal protection is, one, to observe all firearm safety rules at all times, two, to make sure they are carrying in a way that facilitates that, an appropriate holster for their carry and three, to the best of their ability be a good ambassador for gun owners everywhere.”  John Pierce, OpenCarry.org, author of Open Carry: a Place of Honor. “I would disagree [with holding open carriers to a higher standard]…there is a feeling in the firearms industry that one person can represent the whole group. The mainstream media does it and we shouldn’t play into their hands. America is based on individualism and individual rights—the two cases you brought up were very obvious, very good examples of doing it wrong, like the stupid kid with the crossdraw. The difference, though, is that if we are going to improve the image of gun carriers, then instead of saying Look how dumb this kid is, we should be saying, here are some things we can help him with.

That…creates an elitist attitude. There are a lot of people who probably shouldn't be open carrying but it’s our job as intelligent, responsible men to come alongside people who need direction and say, look, we’ve got some experience, we want to help you and do it right…a crossdraw holster with a thumb strap is not a good idea, and let me tell you why…Let’s reinforce good things instead of putting him down, be a mentor, don’t bag on people but help them instead. If we’re going to pick and choose what we do, if we’re interested in promoting unity, that will give us a better image as gun owners. It’d be better to say, Hey brother, have you thought about carrying it like this? I should have used my own advice when I first wrote about you [note: D Reeder, the writer] in regards to the original RECOIL article.

It’s important to push the idea that we’re encouraging all our rights in general, not just the Second Amendment rights, but all of them. The Fourth and Fifth Amendments are important in Open Carry as well. A lot of people…call us open carry advocates, and that’s a label I’m not interested in having. I’m a rights advocate who sometimes open carries…we should make that distinction, that when somebody is anti-2ND Amendment, they are anti-rights not just anti-gun. Pro-rights isn’t just pro-gun. It’s the positive action for rights now that will ensure our rights in the future; if you’re not active in the Republic then you’re not doing it right….”   Ian Houston  theHossUSMC In the end I still don’t believe open carry is the wisest move, though henceforth I will strive to avoid looking at someone doing so in a condemning light. Mr. Houston’s point about being constructive is a philosophy I should have been following already (and thanks for the follow-up video, Ian). I also still believe carrying a weapon openly or concealed is as much a responsibility as it is a right. Those two terms should never be mutually exclusive. All of our rights in this country carry with them grave responsibilities, like being informed before casting a vote.

I appreciate everyone taking the time to opine and contribute to the discussion, particularly those who did so in a measured fashion sans rancor. I’m very grateful to those three men for their time and I have engaged the brass on the topic of featuring guest columns or op-eds in the future, something I think we can all benefit from – if you'd like to hear from them on here once in a while, let us know. I'd like to make it happen.

“We must all hang together, or assuredly we shall all hang separately.”

“If you support gun rights, you should also be supporting the following: black powder firearms, sporting rifles, NFA firearms, handguns, revolvers, semi-autos, open carry, conceal carry, Constitutional carry, defensive carry, hunting, sports and competition shooting, handgun carry, and long gun carry. You either support all gun rights or you are a FUDD. Look it up.”

I’ll close by reminding everyone, myself included, of this:

“It is the mark of an educated mind to be able to entertain a thought without accepting it.” Aristotle

About the author: David Reeder is the newest contributor to RECOIL Magazine and RECOILweb. You can read more about him here.