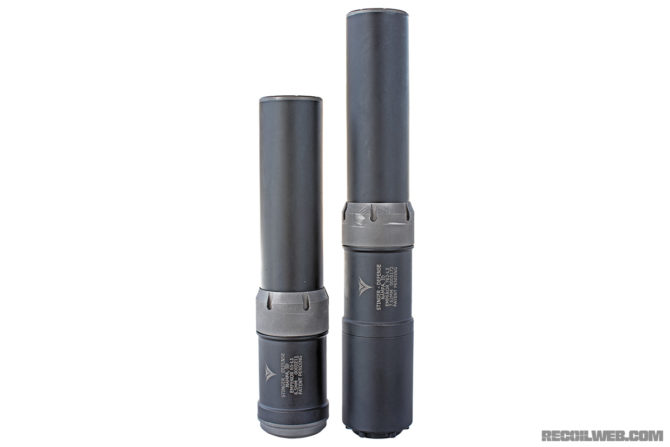 The Emperor Does Have Clothes

At RECOIL, we’re always on the lookout for product innovations from the little guy. Let’s face it — if all we ever wrote about were the top-selling guns from industry leaders, you’d get pretty tired of reading Glock 19 articles. Likewise with suppressors. Sure, SIG and Silencerco have great and extensive product lines, but there are many ways to skin a cat, some of which are developed in garages and small shops all over this great land.

Stingerworx is a small startup company with big ideas, and we went to the range with Dave Anderson, its founder and chief engineer, for a look at what they’ve been working on.

Emperor Series Suppressor
Due to our country’s onerous and utterly illogical suppressor laws, there’s a very real benefit to cans that fill as many roles as possible. With the ATF taking up to a year to process a simple transfer and the attendant $200 fee, we want our silencers to work on as many different guns as their materials and engineering will permit. Which is why there’s a tendency to overbuild everything here — quite the opposite of countries in which they’re treated the same way as the firearms they’re mounted upon.

Even in the U.K., which has some of the most draconian infringements of civil liberties imaginable, you can get a $35 disposable .22 suppressor or an 11-ounce carbon-fiber centerfire can for less than five Benjamins. For U.S. shooters who need the same suppressor to work on a 24-inch barreled .308 hunting rifle as well as a 7.5-inch barreled SBR, there’s going to be a significant weight penalty imposed on the resulting design.

Manufacturers attempt to address some of the issues involved in creating a can for all seasons by offering modular suppressors that can be tailored to the job at hand. We covered Rugged Suppressors’ offerings in RECOIL Issue 23, and the grandly titled Emperor is Stingerworx’ solution to the same problem. Instead of adding or subtracting additional baffles to the front of the stack, the Emperor adds them to the rear, in the form of a removable over-barrel chamber. Reflex designs aren’t anything new, but the combination of increased chamber volume and a novel blast baffle design derived using gas-flow dynamics modeling add up to a significant reduction in noise. How much? According to Anderson, they’re seeing an additional 2 to 3dB reduction, depending on caliber. 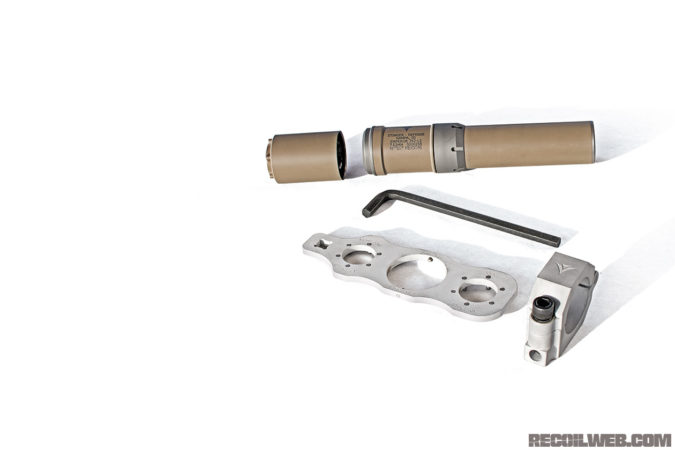 There’s a perennial debate among suppressor nerds, along the lines of Glock versus 1911 or 9mm versus .45, centering on the question of whether rifle cans should be welded or threaded together. There are strong arguments on both sides; Stingerworx went the threaded route. “We wanted the ability to tailor the suppressor for its intended use and use different materials where it made the most sense,” Anderson says.

While the standard Emperor uses titanium throughout, there’s nothing preventing the addition of an Inconel blast baffle (at a cost of additional weight) for use on particularly ablative guns — this is very tricky to pull off in a welded design, as anyone who’s tried sticking together metals from different parts of the periodic table will attest.

It also means that in the event of a baffle strike, the end cap can be quickly unscrewed at the factory and it, or the rest of the stack, replaced at no cost to the customer. Of course, it would be even more convenient if we as end users could be trusted to have spare parts on hand, but according to the regulations as currently interpreted by unaccountable bureaucrats, that would land you a stretch in Club Fed.

We shot the 30-L2 on a variety of firearms, from a JP Rifles CTR1 in 6.5 Creedmoor to a Century Arms AK, and while we don’t have access to sound measuring equipment, the end result was pleasing to our uncalibrated ear. It looked right at home on the AK, where its large-diameter blast chamber was reminiscent of an original Soviet PBS-1, receiving admiring glances from fellow shooters on an adjacent bay.

However, perhaps the most remarkable feature of the Emperor isn’t its looks, but rather its weight or lack thereof. At only 13 ounces for a full-auto-rated, multi-caliber suppressor, it’s a noteworthy addition to a crowded field. 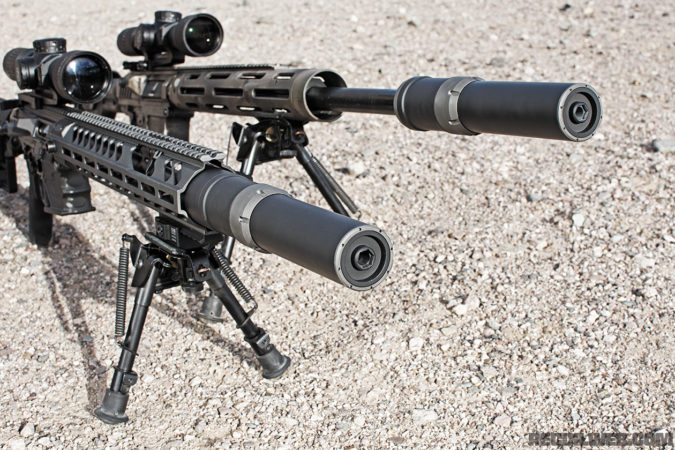