Gun stores are not all created equal. We know this. What we're looking at today does not usually come from the good ones.

Here are 6 of our biggest gun store pet peeves. If your gun counter looks like this do not pass go do not collect my $200.

Usually the gun counter is the busiest place in any gun store.  They're often glass counters full of pistols and optics, frequently running to walls festooned with a wonderful display of rifles and shotguns. Whatever the type of counter or display, they're usually crowded with people who've come to look even if they aren't buying.

The problem with gun counters is most prevalent in those mom and pop shops that have been around for ages.  Make no mistake, we're huge proponents of mom and pop shops, whether they sell sandwiches or machine guns. We recognize they built what they could afford at the time, but alas they haven't upgraded since.  What you are left with is a counter around the size of most peoples bathroom sink. Something that can (barely) accommodate a couple of people comfortably. Because guns are more popular than perhaps they've ever been, you now have people — potential customers and aimless tire-kickers alike — stacked up nuts to butts vying for attention.

We prefer a counter or display with enough space to ensure you're not talking guns and calibers at bad breath distance. Every day shouldn't feel like your stuck at a Black Friday sale.

Have you ever gone into a gun store and picked up what you wanted to buy only to not be served because the one and only person behind the counter is busy chatting with a friend about their last fishing trip (or range excursion, or bowel movement)? You know what we're talking about. You're in one of those massive chain stores with half an acre devoted to guns and equipment but just a single customer service behind the counter — though there are 3 over by the volleyballs, 2 near the sunglasses and 9 walking busily around the shoe-and-sock region restocking footwear.

So, there you stand for half an hour while looking at ammo and cleaning kits and whatever else is lying around, hoping at some point they'll shut their hole and finally serve you. It's even more aggravating if you're obviously in queue and they let a friend skip to the front of the line, or call out to an arguably attractive female to proffer the worst sort of unsolicited gun advice.

Listen, when we get awesome service we're more apt to buy things, even if they cost a little more at that location.  One of our contributors took his wife to a gun shop that also sells archery equipment because she was interested in picking up a compound bow.  One of the employees contacted her as quickly as he was able figured out her price range, fitted her and let her try several different bows to see what she liked.  She was then taken to try some tentative choices on an indoor archery range there in the store.  Sure the bow cost a bit more than some other places or online, but the service was there and made the experience positive. They now have a return customer. 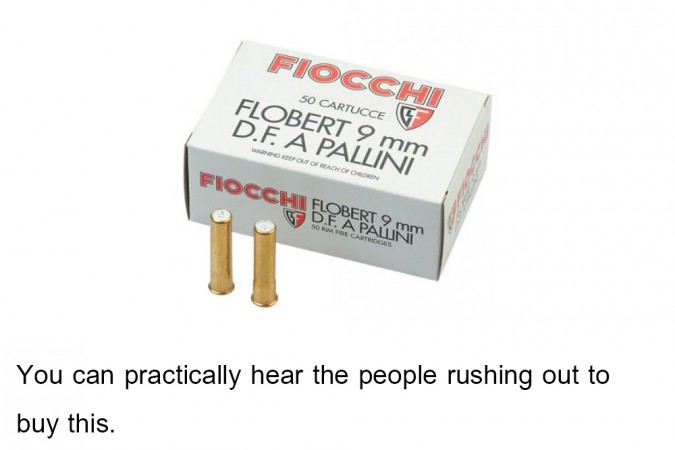 Great on companies still producing obscure rounds but this shouldn't be the primary thing on your shelves.

It's hard to use your guns if you have nothing to shoot through them. That might be due to a retailer with poor judgement when it comes to ammunition selection, a burst of panic buying or — for you reloaders — a shortage of powder, primers or projectiles. There's little worse than wanting to grab a box of .22lr for some weekend plinking only to find there is none available anywhere, in any shape or form.

Don't worry though, they have whole stacks of 9mm Flobert and $30 boxes of 7.62×39.  Some people just seem to be out of touch when it comes to what people want to shoot.  They order loads of crap ammo or ammo that maybe one in every hundred and fifty people might actually buy.  Listen gun store owners who might be confused — there are safe choices out there, in all price ranges, oincluding cheap bulk ammo (surplus or otherwise) in 9mm, 308, 5.56mm and 22lr.

Once you're made those available, then start worrying about those oddball rounds only a few need.  If you're a small shop, perhaps you could offer to special order those bullets in for people, but don't stock it on the shelf.

Ammo remaining unsold on the shelf is money wasted and customers unsatisfied. The picture was taken from a Midway USA review where dude ended up fashioning his own tool from a Allen Key.

Some shops forget that there's more than one type of person who buy guns and accessories.  Some of them bring in cheap Chinese-made crap because of the markup, but don't bring in anything to satisfy the people with more discerning tastes.  Only so many gun owners want a China Force scope that won't work on anything more robust than a pellet gun.  The same thing goes for tools like the NC Star SKS front sight adjustment tool.  The first time you use that piece of junk it snaps in your hand.  On the other side of the coin are those shops that only stock the Cadillac of accessories. Not everyone needs a SureFire flashlight or a Pelican rifle case (well, they do they just don't know it).

Try to carry a good range of both affordable items and good quality items. 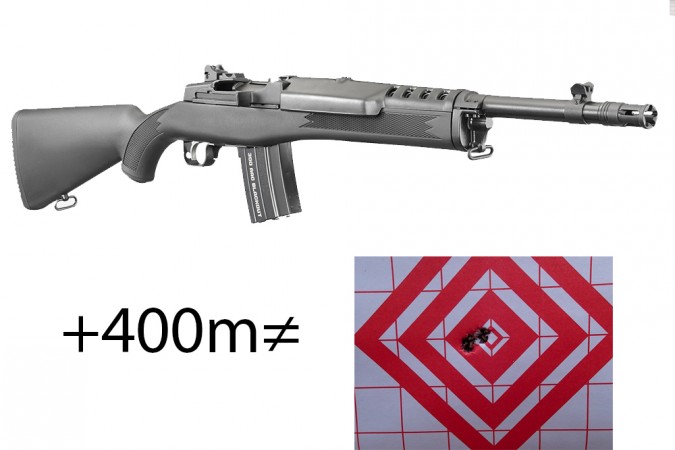 We don't care how good of a shot you say you are, we are dubious you can achieve what is pictured here unless by PFM (pure f**king magic).

For good or ill, most any gun owner has at some point in his life been forced to listen to a person working at a gun store.  As they say, opinions are like assholes and most of them are quite shitty.  Sometimes it's a gun store owner who doesn't believe that “assault rifles” are a good or necessary thing and gets up on a soapbox to preach about it (often after you unknowingly make the mistake of asking if he carries PMAGs).  The one that gets us are the people who have no clue what they are talking about, regurgitating something they've heard or just repeating range lore long since disproven.

“Oh yeah this Desert Eagle is used by the SEALs, and that Mini 14 is easily capable of sub MOA shots at 400m.”

If you know guns well at all, this sort of thing is easy to spot as a load of crap. However, someone looking for their first firearm or someone who doesn't eat, sleep and breathe guns might make an ill-informed choice. Just stop. Don't laugh we can think of several websites that are almost atrocious.

In this day and age internet sales are a huge thing.  To be able to look around the web, check prices and pick up what you want without ever leaving your chair is pretty awesome.  Strangely however, there are some people out there who either don't care about online sales or fail to understand the importance of the internet sales. Instead of a website that shows real time stock they just have links to the manufacturer or a list that hasn't been updated since 2005.  Worse yet are those who try to do everything themselves and wind up with one of those mid-90s template looking jobs.  There are also those who try and design a website on their own without any knowledge of what they are doing.  The result is a blue background with yellow text and a plethora of animated .gifs that makes your eyes bleed.

The kicker of course is that you still can't order a firearm on the website because either they haven't put a mechanism in place or they believe the “internet loophole” argument.

These are just a few of the things that make us scratch our heads when it comes to gun stores.   If you have other ones or some funny stories make sure to post in the comments so we too can laugh or shake our head.