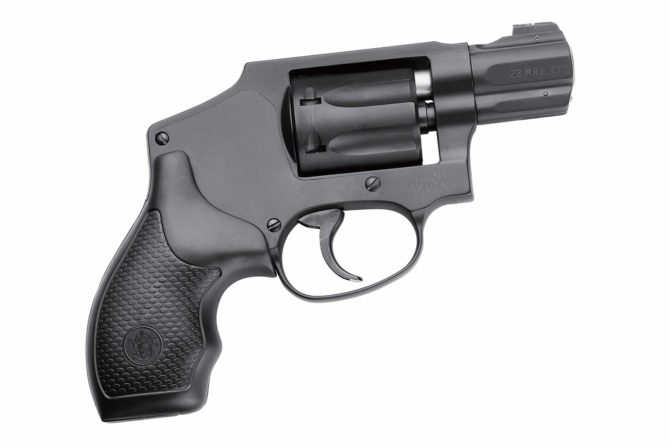 Looking for a spicy rimfire wheelgun? These three .22 Magnum revolvers are among the best.

.22 Magnum revolvers have been around for nearly as long as the cartridge they’re chambered for and now, over 60 years since the round's introduction, their utility and popularity endure. The .22 Magnum revolver offers just as much now as it did back then, but today we enjoy them with modern materials, manufacturing techniques and a wider number of variants.

There's  a clear breakdown between single and double-action revolvers, with the former being excellent for field use and the latter offering additional features for carry and defense (if you dare to go that route). There are some notable exceptions, such as the minuscule single-action North American Arms WASP, but our picks for the best .22 Magnum revolvers on the market today stick to more traditional designs. 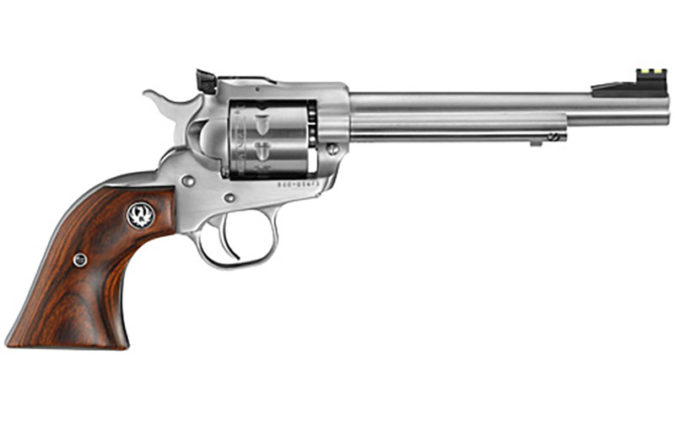 Ruger has always had a long line of hard-wearing .22 Magnum revolvers. Today, the company lists nearly twenty models in .22 WMR with both single and double-action options. A standout model for field and range use is the Single-Nine.

Despite its moniker, this isn't a 9mm, but rather a nine-shot .22 Magnum revolver with a plethora of features that make it one of the most useful single-actions made today. The gun is a bit of a boat anchor at 39-ounces, making it roughly the same weight as many centerfire revolvers with similar footprints. But this extra weight makes it a doll to shoot, soaking up what little recoil the 22 WMR generates, making for a very stable feel in the hand. It also loads the same as most single-action revolvers via a side gate and ejector rod.

The revolver comes with a very nice set of high-visibility Williams fiber optic sights which are adjustable for both windage and elevation. Using a 50-yard zero, you can easily keep all nine shots on a paper plate at 100-yards with just a bit of holdover. This is great for hunting in low-light conditions, buying you some extra time as darkness sets in.

As good as the sights are, they get a performance upgrade with the long sight radius provided by the Single-Nine's barrel.  At 6.5 inches, the Single-Nine has plenty of pipe, providing an ideal balance between velocity and portability. This feature makes the Single-Nine feel more like a small rifle than a .22 Magnum revolver. The gun is finished in brushed stainless and comes with a functional set of wood Gunfighter-style grips, so it’s ready to roll right out of the box. 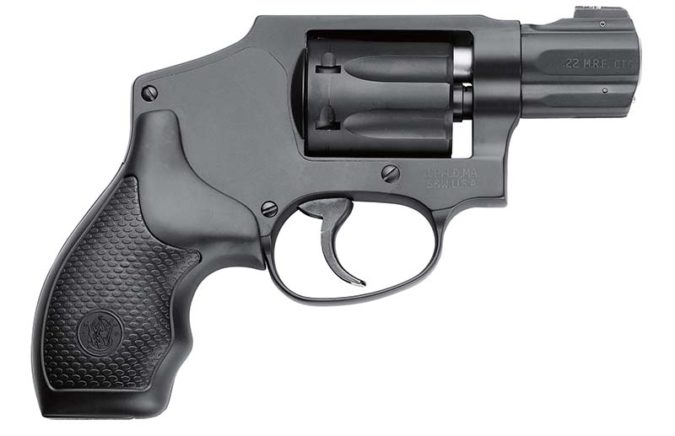 While their portfolio heavily favors polymer-framed semi-auto pistols today, Smith & Wesson has never strayed far from its roots and continues to make some stellar revolvers. One such example is the feather-light Model 351C. This particular .22 Magnum revolver is double-action-only and is built on the diminutive J-Frame. Being small isn’t its only desirable feature, however, as it boasts a seven-shot capacity and weighs in at just 11-ounces. How’s that for light?

We've shot this pocket-sized .22 Magnum revolver quite a bit and think that, based on weight and portability alone, it is extremely hard to beat. It's so light it feels like a toy, a function of its aluminum construction, including the cylinder. Despite lack of heft, unlike other mini .22 Magnum revolvers, it fills the hand when using a “two-finger” grip and is very accurate, even at 25-yards. Is it advisable as a primary arm for concealed carry? Debatable. But for a backup piece, the S&W is right on target. 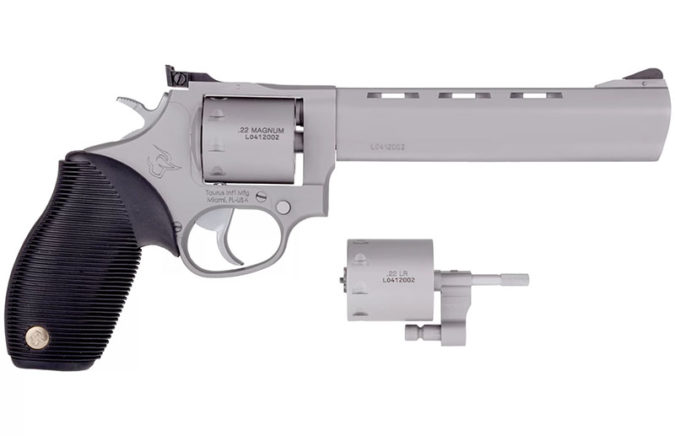 Yes, a Taurus. Stop the wailing and gnashing of teeth. We'd be the first to dunk on Taurus for their very questionable QC, but in recent years they've vastly improved their designs and today offer some of the better value revolvers for your dollar. While generally inexpensive by comparison to American-made revolvers, Taurus’ products are for the most part durable and come in respectable finishes. An example is the convertible double-action Tracker 992 in .22 Magnum, with another cylinder in .22LR.

Of interesting note on the gun's design is the cylinder, ejector-rod assembly and arm are removed as one piece to swap calibers. Most are perhaps more accustomed to purely a cylinder swap as with convertible single-actions, given they're a bit more well represented in this class of gun. With the Taurus, it only takes the push of a button to switch calibers. The revolver is available with a 6.5 or a 4-inch barrel with adjustable sights and a durable black oxide or matte stainless steel finish.