Home » CONCEALMENT MAGAZINE » How to Build, Store, and Stretch Your Ammo Supply

How to Build, Store, and Stretch Your Ammo Supply Recent times have shown an ammunition cache is imperative. But what are the finer points of making certain your ammo supply doesn't run dry?

Ammunition has been harder to come by in quantity over the last two years, with many discovering that they can't find what they're looking for either online or at their local gun store. Since a firearm without ammunition is a mere blunt object or display item, it's in our best interest to ensure we have at least some ammunition on-hand.

If you're the kind of person with the means and ability to purchase ammunition by the pallet, this one isn't for you–you've got it figured out. However, if you're struggling to ‘have enough' in the first place, this article will help you determine the minimum numbers to have in your coffers as well as how to store and maximize it. 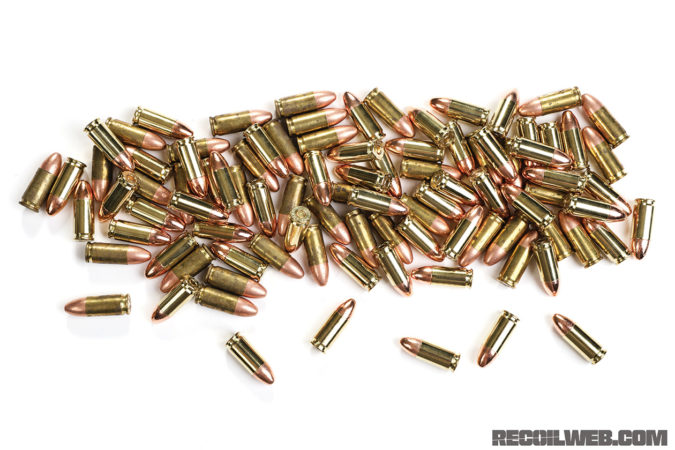 HOW MUCH AMMO DO YOU NEED?

The quip answer regarding quantity is “never enough” but that's not a particularly useful sentiment. Ammunition is a consumable item that's meant to be used, and while it's true there is no ‘maximum ceiling' –‘not enough' can be quantified.

Ammunition isn't something that only gets used to save the life of you and yours, though that's the most important part and what we tend to focus on. In order to use those life-saving rounds effectively, we have to ensure we can put them where they need to go. You need enough that you can go to the range, train, and otherwise go shooting without concerning yourself with immediate replacement.

Ultimately this depends on your rate of consumption, in the same way a family of five goes through more food than a bachelor; a professional shooter like Marc Santos or Dan Horner requires more than your average CCW'r but also typically puts more downrange in a month than most do in a year.

The end goal is to be able to go Scrooge McDuck in your pile, but a reasonable goal for the average person to shoot for is 1,000 rounds per firearm you actually use. This leaves enough for impromptu range sessions or a weekend class on a whim without causing too much sweating and anguish.

The absolute, bare minimum you should have ready at your disposal is twice whatever you carry or anticipate carrying–this doesn't leave any wiggle whatsoever to improve or even maintain your current skill level but instead a mere emergency ammo supply. WHAT KIND OF AMMO TO BUY

Unless someone else is footing the bill, usually you'll be carrying defensive ammunition that's more expensive than the stuff you'll be using on the range. If you're thinking about reloading there are many good reasons, and if you're already a reloader there are ways to ballistically match your carry ammo for training purposes, but most of us will be buying rather than rolling our own.

While we're sure your buddy believes they know exactly what they're doing with a reloading press, we'll only advocate carrying with factory ammunition and it's bad juju to shoot someone else's reloads. Similarly, we cannot recommend buying reloads from a gun show or online auction site because far too often it's just someone passing on their mistakes to you.

You can avoid the potential tears and injuries of random reloads by purchasing factory ammunition, and more often there's recourse available should something go sideways. BUILD UP YOUR STASH

Having additional ammunition in your home isn't just about having ammunition to use right now but it's also a hedge against inflation. At the time of this writing, the entire world is experiencing record-high levels of inflation. The price of raw materials like copper and brass are not going to come down anytime soon, and shipping costs will continue to increase for the immediate future. But still, you can build up your stash the same way you eat an elephant: one bite at a time.

Making bulk purchases of ammunition is usually the way to ensure you get the best deal, and if you can't afford that yourself consider pooling resources with a friend or friends to get that better price.

For example: If the purchase is 100 rounds (typically two boxes of pistol ammo), put 50 rounds in your supply and set aside 50 rounds for training. Repeat until you've reached what you consider an acceptable amount. 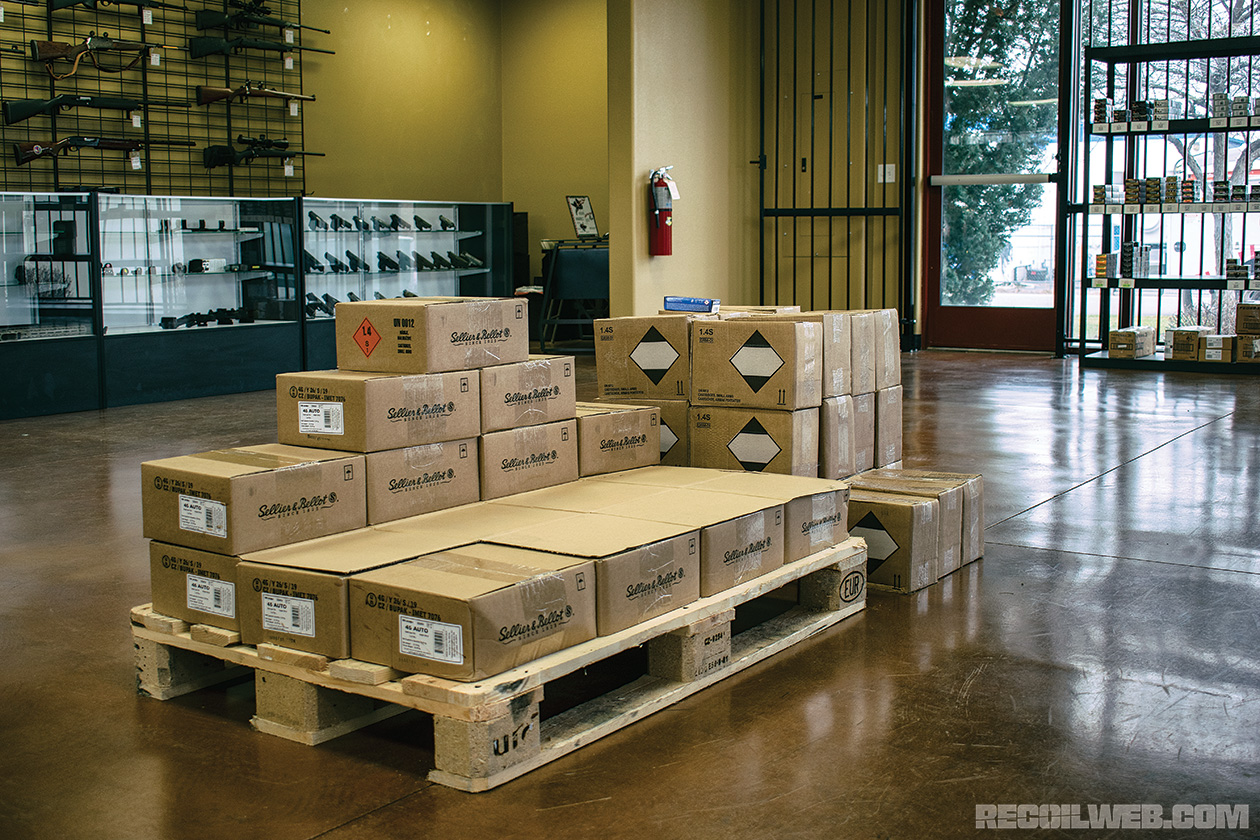 HOW TO STORE AMMO

It's useful to think of storing ammo like storing books; the age itself is less important than the environment you put them in. We've all heard the words “cool, dry place” before, and while that's ideal for preservation it's not the end of the world if you don't have a root cellar or climate-controlled cave.

The most important thing is that the ammunition stays dry and is protected from excessive humidity to avoid corrosion. Though ammunition has an infinitely longer shelf life than avocados, extreme temperature swings (like an Arizona attic) are not great for the powder inside the case over a long period of time, but if stored at a temperature relatively comfortable for humans it will reliably ignite for decades.

In a low-humidity environment you can simply stack boxes on a shelf but ammo cans are helpful everywhere. These $5 “craft storage boxes” are simply plastic 30-caliber ammo cans at a third of the typical cost. Not only do they help seal moisture out, they are easy to stack and to use for transport. Pop a desiccant inside if you are especially concerned.

1,000 rounds of 9mm packed in factory boxes weighs ~30lbs and takes up the same amount of space as roughly six quarts of water. Ammunition can also be stored directly in magazines if you have additional magazines available. Despite whatever the internet told you, the springs in quality magazines go bad from use rather than merely being filled.

Just like rotating out other consumable staples like canned food, ammunition can be rotated as well. If your storage solution is less than ideal, regular use and back-filling of stock negates many environmental factors. This is called First-In-First-Out (FIFO) and is a concept everyone should understand when it comes to home supply of any item.

Rotation isn't just about ammo in storage though–you should rotate the ammunition that you carry on a regular basis. Pick an interval of at least once a year (like your birthday) to change out your carry ammo. You can either set that quality defensive ammo aside to your ‘rainy day' supply or you can shoot it.

Because defensive rounds are usually more powerful and have higher recoil than cheap training ammunition, it can pay dividends to shoot and run drills with your carry ammo on at least a somewhat regular basis. STRETCHING YOUR SUPPLY (AND DOLLARS)

While not a wholesale replacement for good rounds downrange, we've covered dry fire, lasers, other home-use equipment, and even airsoft as supplementary/auxiliary/maintenance training aids.

They can sharpen your skills and help make more effective use of your range time. Every issue of CONCEALMENT Magazine also has the Skills n' Drills column, which is always about training on an austere range with limited rounds and equipment.

4 responses to “How to Build, Store, and Stretch Your Ammo Supply”